Newcastle United’s ‘blip’ should not be worried about just yet 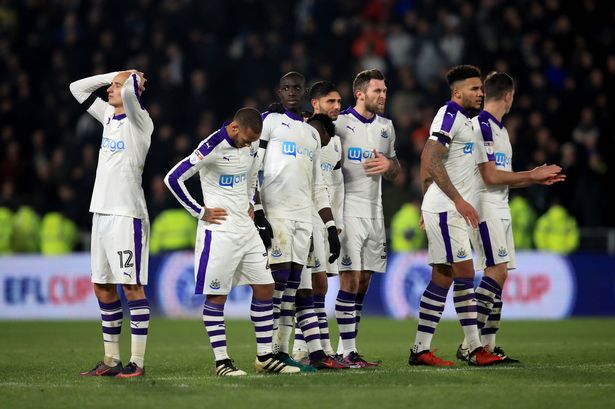 This time last week, Championship table-toppers, Newcastle United, were in their best form since Kevin Keegan‘s reign. They boasted a 9-game winning streak, which stretched all the way back to the 28th of September, where they dramatically fought back to beat Norwich City 4-3.

An EFL cup quarter-final clash given away to Hull City followed, where Rafa Benitez’s side mostly dominated. 120 minutes and 3 missed penalties meant Newcastle missed out on what would have been their first league cup semi-final since 1976.

There’s no need for the alarm bells just yet, though.

Newcastle United are still leading the Championship by 2 points, and have arguably one of Europe’s best managers. Yes, they’ve lost 2 games on the bounce, but their 66% and 61% possession in the Blackburn and Hull games respectively tells you that they are dominating matches.

The problem lies with their finishing in the final third.

Championship top-scorer, Dwight Gayle, had a few golden opportunities on Tuesday night to seal the win for Newcastle. His chances, however, were completely fluffed.

Unlike the Pardew- and McClaren–era, Newcastle United aren’t the type of team to crumble after a few defeats. A disastrous start to the season, which saw losses to Fulham and Huddersfield Town, set The Toon Army on a run of just 1 defeat in 18 games in all competitions.

It’s been so far so good this season for Rafa Benitez and his team. Tonight’s game away to Nottingham Forest will be the real test to see just how they’ll respond.