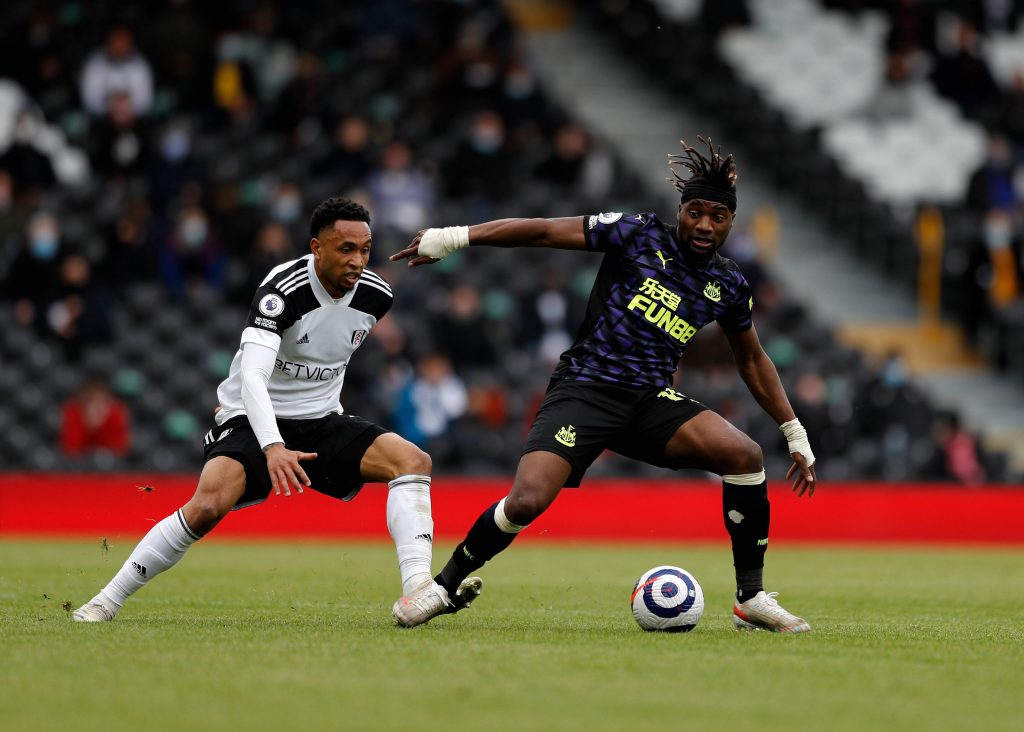 Newcastle United will be playing in the Premier League again next season after finishing the 2020-21 campaign in 12th place.

The Magpies picked up 45 points, finishing 17 points above the relegation zone after an impressive run of form during the business end of the campaign.

Fulham were tipped to beat Newcastle to survival earlier in the campaign, but the Craven Cottage outfit flattered to deceive and eventually finished in 18th place.

The London club mocked the St James’ Park outfit back in August 2016 following their drop to the Championship, sending this message to them on Twitter following a 1-0 loss in their opening game of the 2016-17 campaign in the second tier.

The post has aged well as Fulham have suffered two relegations since then, and Newcastle attacking midfielder Allan Saint-Maximin has taken to Twitter to remind them:

Fulham waved goodbye to the Premier League with a 2-0 defeat to Newcastle at Craven Cottage this evening, and they will be hoping to secure an instant return to the top-flight again.

The Magpies will be looking to avoid another relegation battle next season, and manager Steve Bruce will need to make quality additions to the squad in the summer.

Saint-Maximin has played a huge role in helping to keep Newcastle up over the last two seasons, and he will be hoping they can push for a top-eight finish next season.