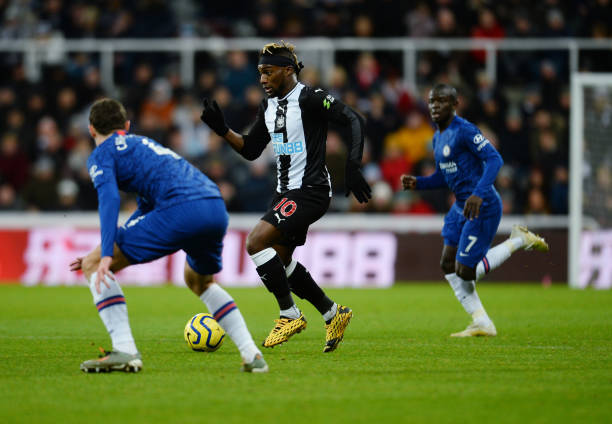 The Blues dominated all game, enjoying 70% of the possession, attempting 19 shots and playing 10 corners, but the Magpies constantly thwarted their efforts in the final third with some brilliant defending, limiting them to just four shots on target.

Newcastle striker Joelinton struck the bar in the first half after a fine header with one of the very rare chances the hosts had, but Issac Hayden connected well with a perfect Allan Saint-Maximin’s cross to send the fans into a frenzy in the 94th minute.

While the midfielder was the hero, it was the Frenchman who delivered a ball anyone would have scored on a platter.

A Twitter user attempted to mock Saint-Maximin after the game due to his style of dribbling and movement on the pitch, but the winger was having none of it, delivering this perfect rebuttal:

The assist was ASM’s first for Newcastle, and the fact that the team only won one out of their last six league games he missed speaks volume.

The 22-year-old proved his worth with another top performance despite seeing little of the ball, and boss Steve Bruce will now hope he can be fit for the remainder of the season in order to help boost the Magpies’ chances of finishing well above the relegation zone.