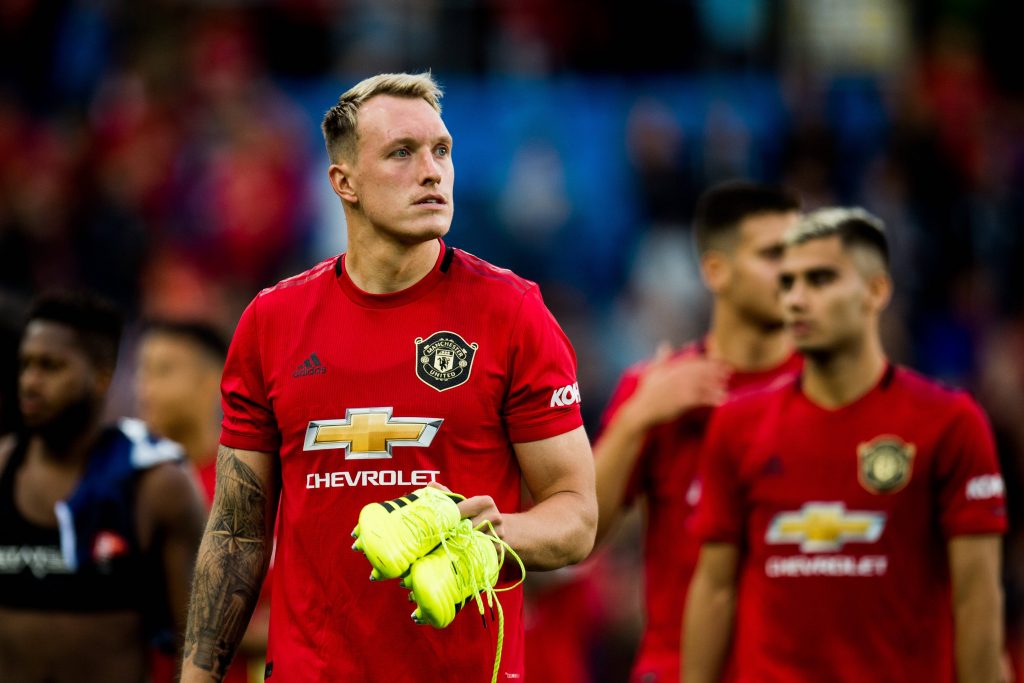 Jones did not make a single competitive appearance for the Red Devils last term as he was recovering following an operation for a knee injury.

He still has two years left on his £100,000-a-week contract, but the club are eager to release him on a free transfer this summer.

Magpies boss Steve Bruce is an admirer of the England international, and the club were linked with Jones’ services earlier last year.

The Tyneside outfit would welcome the possibility of signing him for free, but United may have to pay off Jones for him to accept a pay cut.

Aside from the Magpies, Everton, West Ham United, Crystal Palace and Burnley have also been credited with an interest in the centre-back.

The 29-year-old has been hampered by injuries throughout his career, and he has not played 30 games in any of the last seven campaigns.

Jones is currently the fifth-choice centre-back with Harry Maguire, Victor Lindelof, Eric Bailly and Axel Tuanzebe ahead of him in the pecking order.

The Red Devils are on the cusp of landing Raphael Varane, ending Jones’ prospects of making a comeback with the club next season.

The club are looking to get him off their wage bill. However, they may have to pay part of the wages for the remaining length of his contract.

The Magpies appear the most likely destination for Jones, and it remains to be seen whether he can prove himself by finding consistency.

At 29, he still has plenty of years ahead of him at the top level but needs to stay unscathed to play regularly and regain his lost confidence.