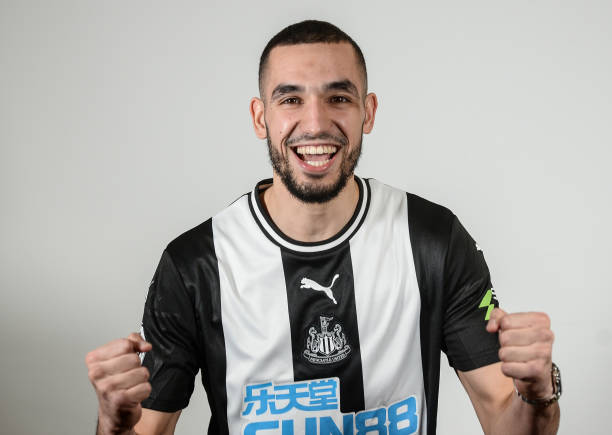 Newcastle United are yet to make a decision on the future of Algerian midfielder Nabil Bentaleb, with the option to convert his loan transfer into a permanent move expiring next week.

The former Tottenham Hotspur player moved to St. James’ Park in January from Schalke 04 and has since featured in 11 league games and thrice in the FA Cup.

Bentaleb currently earns £80,000 per week and is the highest earner at the club alongside Jonjo Shelvey.

Newcastle can sign the 25-year-old permanently for £8.6million, but his wages could prove to be a stumbling block and it remains to be seen if he is willing to take a pay cut in order to agree to a switch.

Magpies fans haven’t been impressed with the midfielder’s performance since his arrival and they think signing him on his current wages doesn’t make sense.

Here is how some of them reacted to the reports on Twitter:

He's shocking we don't want him at the club. You would see more fight in a glass of water.

You would consider signing a useless player that is an insult to schoolboy players?

Was just thinking the same. Shocking if we do sign him

His wage demands are irrelevant!! He’s not anywhere good enough as a player!!

I think the main stumbling block is he’s less mobile now than what Kevin Nolan is at 40. He’s actually played himself out of a move in my opinion. A few weeks back I thought it was a no brainer for 8-10 million but I wouldn’t touch him now. I’d sign Lewis Cook #nufc

I think his ability should be a stumbling block

Bentaleb isn’t wanted at the Bundesliga club and didn’t play for them during the first-half of the campaign.

He has just a year left on the four-year contract he signed with them after leaving Tottenham permanently, and he can decide to return and remain with the under-23s or agree to slash his wages and move to SJP permanently.