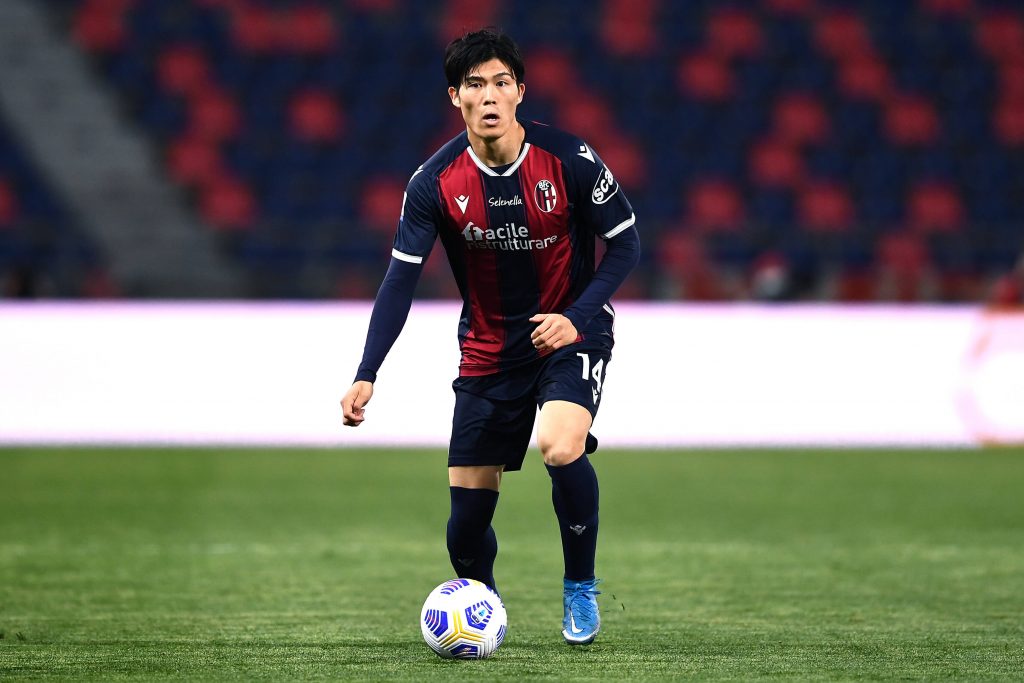 The Bologna defender has done well in Serie A this season, and his performances have caught Steve Bruce’s attention.

The Newcastle manager is keen to add to his defensive ranks, and Tomiyasu could prove to be a quality addition.

The Premier League club sent scouts to watch the defender in action a few months ago and may come forward with a concrete offer in the coming weeks.

The report from Il Resto del Carlino (via Sportwitness) adds that Bologna might have to sell some of their players to fund their transfer business this summer.

The Magpies should make the most of this opportunity and snap up the centre-back.

The 22-year-old is highly talented, and his versatility could be a bonus for the Premier League club if they manage to sign him.

Tomiyasu can also play as a full-back, is excellent in the air and can be a threat from set-pieces

The defender has bagged two goals this season, both have come from playing at full-back.

He has a contract until the summer of 2024, and Bologna are in a position to demand a premium for his services.