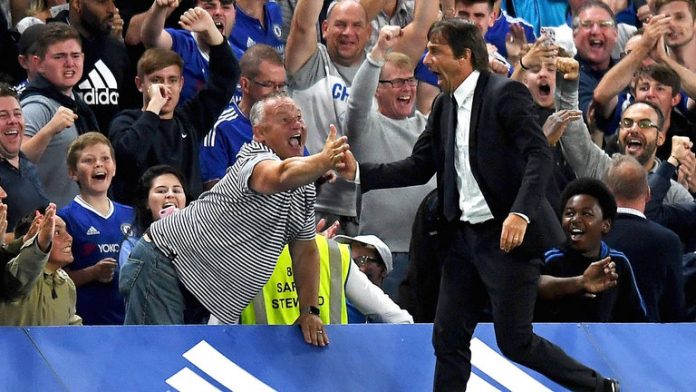 Chelsea put a difficult week behind them with a 2-1 victory over Tottenham Hotspur at Wembley on Sunday and the former Manchester United defender thinks the result proves the squad’s togetherness.

“In the last two or three weeks, people have been writing Chelsea off,” he said on the Gary Neville Podcast.

“I don’t think it’s unfair for us, the media, to be asking questions around Chelsea after losing the first game in such fashion, the Costa situation rumbling on and the Matic situation.

“We are aware of what happened last time after Chelsea won the title. Mancini, Ranieri and Mourinho have all been sacked pretty quickly after winning the title.

“You thought today before the game, this was more than three points for Chelsea because you could see if they were beaten here today and beaten well it could start to unravel a little bit.

“They stood up today. They stood up like champions. They pulled together a makeshift team, this is certainly not their first eleven, and they’ve shown something today.

“They’ve shown they are actually with the manager. If you think about the accusations last time Chelsea won the league it’s that they weren’t with Mourinho.

“Today they played, even when they went to 1-1, brilliantly. They put in a good performance against a really good Tottenham team.”