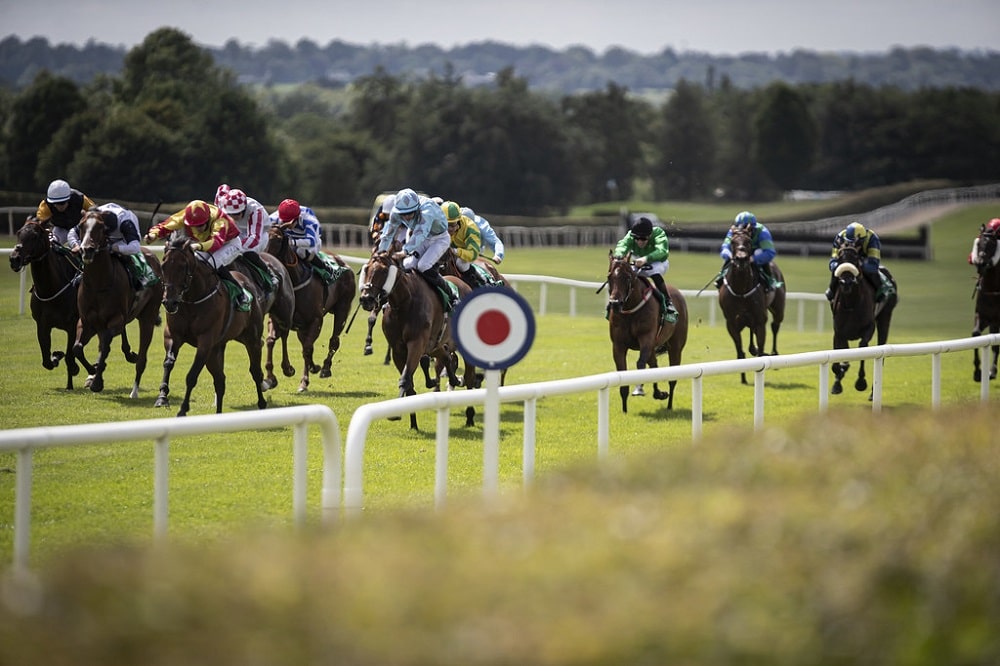 SportsLens experts give their Navan racing tips from the best of the Irish jumps action on Saturday, 4 December. There are some valuable handicaps and the Grade 2 Navan Novice Hurdle on this card.

Supporting that 2m 4f contest are a 3m Grade B handicap hurdle, the 2m 1f Grade 3 Klairon Davis Novice Chase and the Foxrock Handicap Chase over 2m 4f. What are the punts that appeal on horse racing betting sites to our experts, though? Let’s take a look:

In the first of the graded races, this looks a match on paper between course and distance winner Ginto and Eric Bloodaxe. Preference is for the latter, trained by Joseph O’Brien for Gigginstown House Stud, this six-year-old Saint Des Saints gelding has smart bumper form and made a winning start over obstacles at Naas last month.

It is not so much what Eric Bloodaxe beat that day as the manner and margin of his victory. He romped home by eight lengths. This is the right trip for him with his bumper background with back form that includes a win over Ferny Hollow and a fourth to Kilcruit. Eric Bloodaxe could well follow-up here at 6/4 with Betfred as his comeback continues.

Mr Fred Rogers also represents Gordon Elliott and won well at Punchestown but the drop back in trip may not be an advantage. Edison Kent and The Little Yank are more exposed types, so it concerns the other three. Eric Bloodaxe may just have the edge in terms of class over Elliott pair Ginto and Mr Fred Rogers.

Bet on Eric Bloodaxe with Betfred

Next up in Navan racing tips is a typically competitive and wide-open staying handicap. Burning Victory brings good Flat form to the table and steps markedly up in trip for her return to hurdles. Willie Mullins’ mare landed the 2020 Triumph Hurdle and that is often won by stayers.

Well-found in the market, the daughter of Nathaniel farmed a couple of staying handicaps on the level over in France before chasing home Buzz in the Cesarewitch at Newmarket. The winner has since landed the Coral Hurdle at Ascot. Burning Victory is well worth trying over a longer trip but also high in the weights. She is a top-price 5/1 with the bookies.

Similar comments apply to Duffle Coat. Gordon Elliott’s stayed on from well off the pace on his last outing over obstacles in a Grade 2 Triumph Hurdle trial at Cheltenham. The runner-up, Adagio, has done plenty to advertise that form since too. Duffle Coat hasn’t been so good on the Flat, but this step up in trip looks sure to suit and he’s a 15/2 chance with the best betting sites including Betfred, who pay six places here.

Lurking lower down the weights is Captain Kangaroo, a stable companion of Burning Victory. He last win came over this trip at Listowel during the Harvest Festival. After beating Kilcruit in an extended bumper at Clonmel earlier in his career, this Mastercraftsman gelding wants a test of stamina. Off just 10st 4lb, Captain Kangaroo could be an each way play at 20/1 with Bet365, who pay five places here.

Back Captain Kangaroo each way with Bet365

This is all about Riviere D’Etel but Elliott also declared his four-year-old filly in a Grade 2 contest at Cork on Sunday. Connections will race where conditions suit her best. There is every reason to think still getting weight for age, even if her sex allowance is negated by a win at a higher level that, Riviere D’Etel is all the rage at 2/5 with William Hill to make it three out three over fences here.

If she runs at Cork, then Dancing On My Own and Dreal Deal will both fancy their chances. The former, trained by Henry De Bromhead, found more when challenged and landed a Killarney beginners chase in a very likeable way. Dreal Deal, meanwhile, comes down from Northern Ireland and won a Grade 2 novice hurdle at Punchestown last season. Owner-trainer Ronan McNally is a shrewd operator, so must think a lot to pitch his horse straight in at this level over fences for his bow in this sphere.

Many in with chances and these beginners chases being so competitive probably has something to do with why so many Irish horses win big races in the UK. Ashdale Bob was unlucky when unseating at the third last and still in contention at Gowran Park last time out, so will be popular with punters at 11/4 with Betfred.

Farouk D’Alene (9/4) was bought by Gigginstown for chasing and could turn out to be the best of their three in the line-up. He has youth on his side compared to owner companions Column Of Fire (20/1) and Diol Ker (10/1). Champagne Gold (14/1) is another from the Irish Point field, but the most interesting runner is recent Noel Meade recruit Everglow.

Now dropping back in trip by a furlong, this six-year-old could come on for his stable debut when fifth behind Gabynako at Fairyhouse. The winner has since finished a fine second in the Grade 1 Drinmore Novice Chase at the same venue last Sunday. Meade is in fine form, so Everglow could hit the frame and be a bit of each way value at 20/1 with BoyleSports.

Bet on Everglow each way with BoyleSports

Course and distance winner Conflated should find this easier than chasing Eklat De Rire around Wexford despite top weight, but one of the popular Navan racing tips for this meeting is Wa Wa. Now trained by Dermot McLoughlin, this six-year-old son of Yeats has made progress since joining his current stable.

Wa Wa won at a canter around Killarney and then followed-up at Naas, so he seeks a hat-trick here. The handicapper gave him a 12lb hike for that second victory but it simply may not be enough to stop him from going in again. This demands but a nice racing weight of 10st 7lb gives Wa Wa every chance. He is 11/4 with William Hill for the hat-trick.

In the concluding bumper, Meade has Killer Mode out to make it third time lucky under Rules. This six-year-old Gigginstown owned gelding chased home Kilcruit on his racecourse debut and that form reads very well in relation to this. The winner has since landed graded events at the Dublin Racing Festival and Punchestown.

Killer Mode was also behind some subsequent hurdles winners when fifth at Leopardstown last time out. Pat Taaffe is again board, taking 7lb off with his claim. Of those with experience and form to judge them on, Killer Mode brings most to the table at 9/4 with Betfred. Unraced rival Itswhatunitesus looks the obvious unexposed danger and Bet365’s 11/8 favourite.