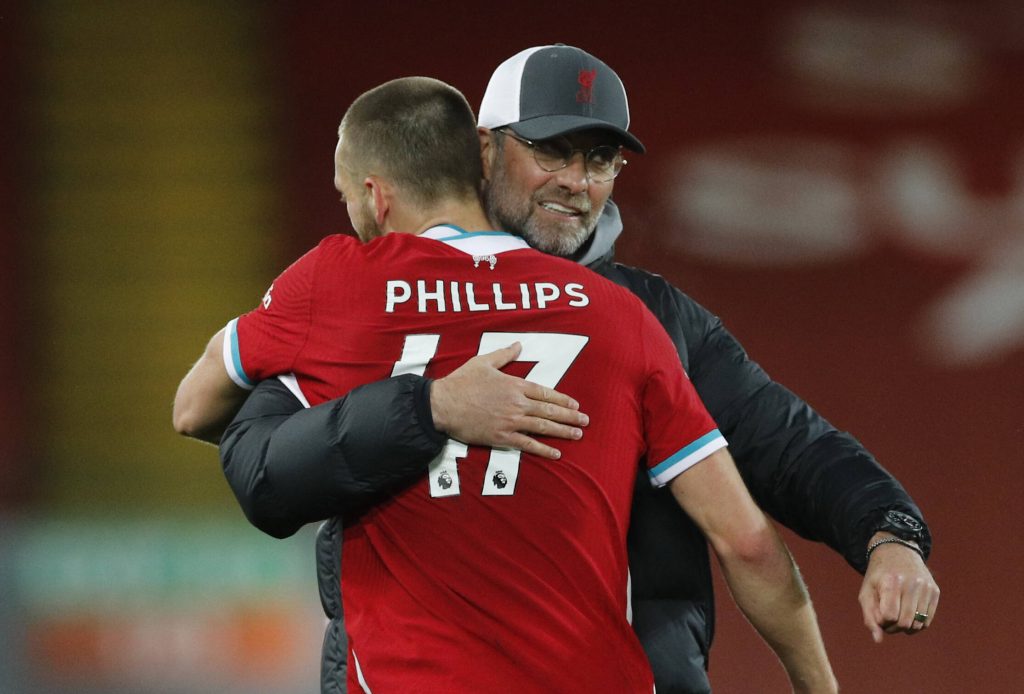 Liverpool are unlikely to sign a new player today, but there could be one or two outgoing transfers before tonight’s deadline.

According to The Athletic (live blog), Nat Phillips could leave the club before the transfer window closes.

The 24-year-old centre-back was outstanding for the Reds last season, playing a massive role in helping the club get into the top four.

He filled the void at the back with the Reds missing Virgil van Dijk, Joe Gomez and Joel Matip for almost the entire campaign.

However, Liverpool have bolstered their defence this summer by signing Ibrahima Konate from RB Leipzig, while all the senior defenders have returned to full fitness.

Phillips is expected to drop down the pecking order and will struggle to get regular games with Liverpool.

The Athletic’s James Pearce has claimed that Anfield officials are now expecting offers for the centre-back in the coming hours.

The Reds are adamant all summer that Phillips wouldn’t be loaned out. He’s valued at around £12 million.

There has been interest from several clubs, including Newcastle United, and it is unclear whether Liverpool will change their stance as the deadline approaches.

We covered a report earlier this month that the Magpies made contact with the Reds about the defender, and they could make an attempt to sign him.

If no suitable bid is forthcoming, Liverpool will keep Phillips as back-up and reassess the situation in January.