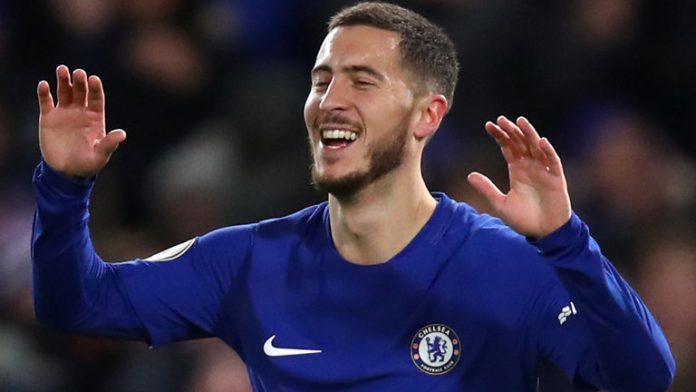 “Kylian Hazard has had his say over the future of his brother Eden Hazard amid talk that the Chelsea star could quit Stamford Bridge to join Real Madrid”.

This earth-shattering development appeared on a variety of “football websites” on Sunday, with each report grandly claiming that it was seemingly significant in the ongoing saga about the Belgian playmaker’s future.

Kylian apparently “dropped a hint” that his brother will be staying in London in response to an Instagram post asking the question as to whether the older Hazard should join Real Madrid before the close of the transfer window.

The hint? A crossed arms emoji. It appears that these are used to note a negative response, which would seemingly be a positive for supporters of his current club.

Where should we begin with this total and utter nonsense?

An Instagram account poses a question that a player’s younger brother responds to with an emoji and this is somehow significant?

Sundays can be notoriously slow news days but, come on, is this what passes off as journalism these days?

So Kylian doesn’t think it would be the right move for Eden to join Madrid? Big deal.

On a scale of none to none, how likely is it that Eden would pay the blindest bit of attention to what his brother posts on Instagram when it comes to deciding whether to join one of Europe’s biggest clubs?

If this sort of guff is the best some folk passing themselves off as journalists can come up with, it’s time for them to consider another career.

3 things about Alisson Liverpool don’t want you to know
Chelsea star on his way out of Stamford Bridge?
Wolves agree fee for Joao Moutinho
Manchester City duo could be set for summer exit

Sport and politics don’t mix, or so the saying goes.

Right on cue, everyone’s favourite Irishman has sealed a move to Stoke City.

BREAKING: @stokecity sign James McClean from @WBA for deal worth up to £6m #SSN

Safe to say this fella’s not a fan.

James McClean playing in the Brexit capital of England. Should be fun around poppy time. https://t.co/gv6LICDR24

Did you know: He is a supporter of Irish terrorists who bombed and killed innocent men, women and children for over 40 years and still are.

Not buying a shirt then?

Did you know he hates england, the english and all we stand for? Yet loves the queens head? Can’t belivie we’ve actually signed him and on a 4 year deal! Joke stoke absolute joke.

Anyway, enough of the politics.

It’s fair to say that Mesut Ozil’s announcement that he was quitting playing for Germany caused a bit of a storm. Is it to soon to ask what he’ll do with his time now after also retiring from playing for Arsenal last season?