With the summer transfer window set to slam shut on Tuesday, it is expected to be a busy day today as Premier League teams look to add the final new additions to their squads until the new year.

Today’s news is dominated by Manchester United after their 2-1 defeat to Swansea, with the Red Devils one of the leading sides in the English game that are expected to potentially bolster their contingent.

As reported by Soccerlens, Monaco forward Anthony Martial has emerged as a major target according to the French media.

Louis van Gaal spoke about the potential for new faces in the aftermath of his side’s loss at the Liberty Stadium.

Meanwhile, Tottenham are another club that are thought to be in the market for a player or two before the cut-off, but have seen their pursuit of one major target run aground.

Manchester United appeared to have undertaken their transfer business early in the summer, with deals for five stars wrapped up well before the Premier League season began.

However, with it becoming painstakingly clear over recent weeks that there is a void in attack, there is potential scope for a last-gasp deal to make the rest of the footballing world sit up and take note.

Louis van Gaal spoke out about the chance of the Old Trafford outfit adding to their squad yesterday, but stated that the Red Devils would not be tempted to panic buy.

“You can never speak as a club like Manchester United that you are satisfied,” Van Gaal is quoted as saying by BBC Sport.

“We shall not buy another player that we have not scouted before.”

With Javier Hernandez looking increasingly likely to leave, if United do not add a striker to their ranks as a replacement the club are likely to be massively over-reliant on captain Wayne Rooney in the final third.

Martial has been impressive for Monaco in recent months and is being labelled as the new Thierry Henry in some corners.

Tottenham miss out on Victor Wanyama

Tottenham’s lack of dynamism in the centre of midfield is a potential area where Mauricio Pochettino may look to strengthen over the next 24 hours, but Victor Wanyama will not be joining the White Hart Lane club.

The Kenyan midfielder has emerged as a major target for the Argentine trainer, who knows the former Celtic enforcer well from their mutual time together at Southampton. 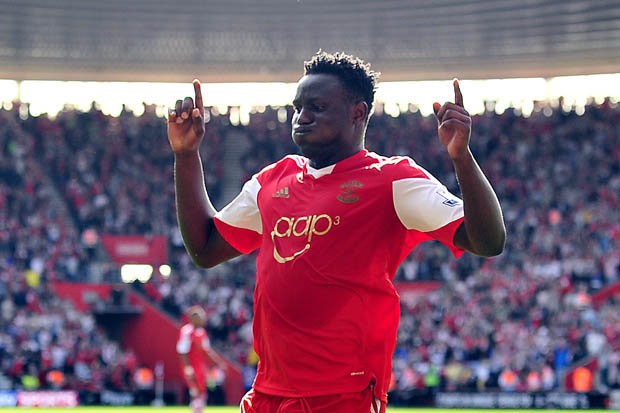 Despite this interest, Ronald Koeman gave a definitive statement on Wanyama’s future yesterday, after the African star had sat out his side’s 3-0 win over Norwich.

The Saints boss confirmed that Wanyama had asked to leave, but urged the want-away star to talk to former St Mary’s midfielder Morgan Schneiderlin for guidance.

“Maybe it’s good for Victor to talk to Morgan,” Koeman is quoted as saying by The Guardian.

“Because I think Morgan is more happy now than he was last year, even to do the move that he wanted at that moment. We like to grow, we like to keep the best players. Of course, if there is a player with one year to go or who finishes his contract, then that situation is totally different.”

Koeman confirmed that Wanyama wanted to leave but that his wish will not be granted.

“We had a meeting, and that’s true,” the former Feyenoord chief continued.

“But it’s the same as with Sadio [Mane] or anyone – nobody is for sale. It’s an easy answer and the players have to accept that.”

Tottenham have started their new campaign slowly but look like they will have to turn to other targets if they are to bolster their ranks before the window closes.