Ronaldo Koeman’s new-look Southampton side may be sitting pretty as they occupy second place in the Premier League table, but the players are not prepared to rest on their laurels. 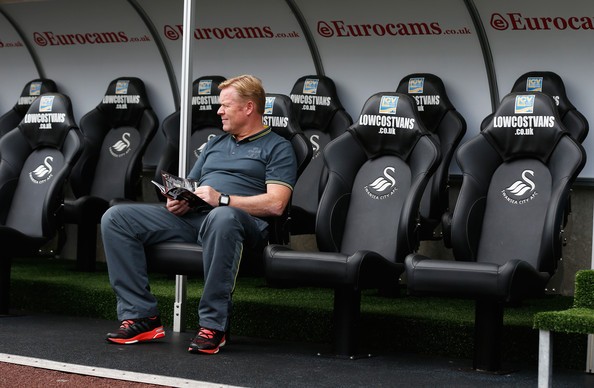 The Saints have so far defied pre-season expectations by winning three and losing just one of their opening five league matches. Koeman’s side were written off after a less-than-ideal summer, during which they lost a multitude of key players, including captain Adam Lallana, Rickie Lambert, Dejan Lovren, Luke Shaw and Calum Chambers.

Nonetheless, after an impressive opening-run, Koeman revealed that his team had asked to give up their day off this week, so that they could undergo extra training ahead of Saturday’s league tie with Queens Park Rangers. An admirable request considering their weekend opposition lie 18th, with just four points.

The squad had a free day scheduled on Wednesday, but team captain Jose Fonte approached Koeman after Tuesday’s 2-1 win at Arsenal in the Capital One Cup, asking if the side could come in the next morning to improve their chances of earning another three points.

The Dutchman said: “The players showed a great ambition because we planned last Wednesday as a day off after the Tuesday and Jose Fonte said to me ‘Boss, we would like to come to train tomorrow.’ “I said ‘But you have a day off – I’ve planned a lot of things with my wife! But we changed it and we had a recovering session.”

“I never had that – a team, a squad say ‘No day off’ and that means a lot for me, that means a lot about the ambition of the players. We spoke to each other and said ‘Ok, if you win against Queens Park then you get that day off for next week, and we hope to win on Saturday.”

But despite their fine start, Koeman thinks a top-four finish and Champions League berth will prove beyond his side. “It isn’t realistic” he said. “We have played only five games in the Premier League and at the end of the season are 38. We know it’s a long season, it’s a tough season.”

“OK, we know we have a very good start and, of course, after the win of last Tuesday, the expectations of the fans and of the press is much higher than it was before the first game. But it will be more difficult and we have to realise that and to keep going.”

Southampton will be favourites heading into their weekend clash, there’s no doubt about that. In QPR they face a side who have been beaten 4-0 in their two Premier League away games this season.

After an extra day’s training, Koeman can be fully confident that his side will emerge with three points.