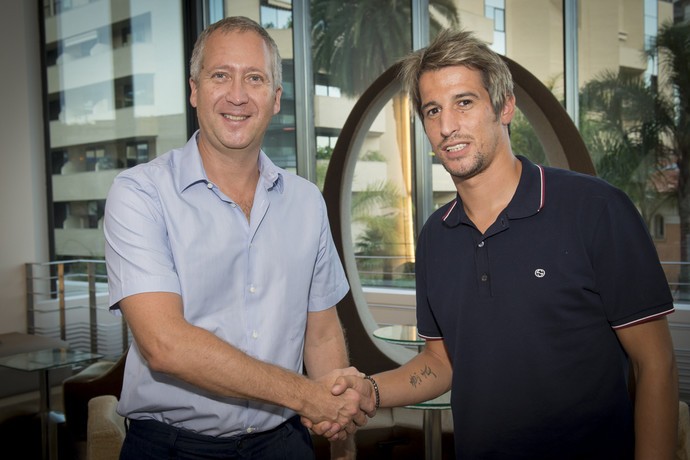 French outfit Monaco have announced they have reached agreement with Real Madrid over the loan move of Portuguese left-back Fabio Coentrao.

The Ligue 1 outfit, who were knocked out of the Champions League by Valencia on Tuesday, issued a statement on their official website confirming the deal.

“AS Monaco are delighted to announce that the club has reached agreement with Real Madrid to take Portuguese international Fabio Coentrao on loan.”

Coentrao joined Real Madrid from Benfica in the summer of 2011, but failed to nail down a regular starting spot in Spanish capital club owing to competition from Brazilian Marcelo. He played only 17 games for Los Blancos last season, including nine in the league.

The Portuguese international made 100 appearances for Real Madrid during his four year stay at the club, and scored just a solitary goal. His honours with the Bernabeu outfit include a league title, a Copa del Rey title and the 2013/14 Champions League.

Coentrao is set to undergo a medical at the French principality club later today, before joining the club on a season-long loan deal. His move will likely facilitate the transfer of Layvin Kurzawa, with Paris Saint-Germain believed to be interested in the Frenchman’s services.

The 27-year-old is a Portuguese international, and was part of the national team set-up for Euro 2012 as well as the 2014 World Cup. He has 50 international caps to his name, and has scored five times for Portugal.