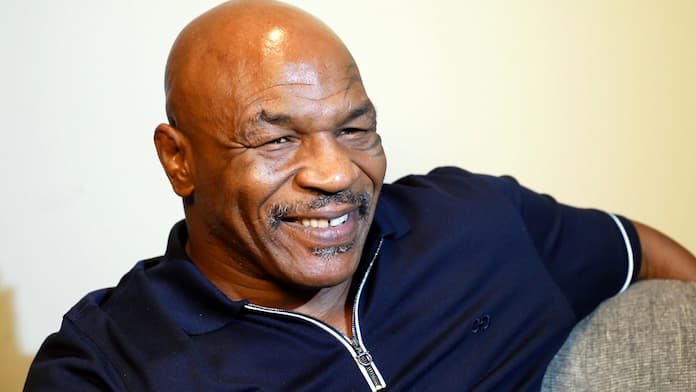 Despite being closer to 60 than 50, as well as having unbearable sciatica problems in his back, Mike Tyson has still got it. The former heavyweight champion of the world took to social media, sharing an impressive training video!

Just weeks after being pictured in a wheelchair, Mike Tyson has released insane training footage of him on the pads. The former heavyweight champion shared this ferocious footage – showing off his impressive speed, power and agility. He’s still got it!

Despite being officially retired from boxing since 2005, Tyson still clearly enjoys getting the gloves on and moving about the ring from time to time. Of course, in 2020 he had a boxing exhibition against fellow Hall of Fame legend, Roy Jones Jr. It is clear to see ‘Iron Mike’ still enjoys throwing punches and hitting the pads, despite being well into his 50’s!

He posted this clip to Instagram, on the pads with his trainer, Rafael Cordeiro:

Tyson still got it 🥊 pic.twitter.com/UlvkEDEAtP

The video was captioned ‘roll with the punches’, and shows the youngest heavyweight champion in boxing history ducking and weaving whilst throwing heavy, spiteful shots.

There had been worry amongst fans that Tyson was on the decline, having been pictured in a wheelchair recently in Miami Airport. Tyson confirmed that he has been suffering from a ‘sciatica flare-up’ in his back, which has been a problem since his boxing days.

Tyson’s latest workout video has received almost 20,000 comments since it was shared with his 19.4 million Instagram followers. Some of those messages are from rock stars, actors and fellow athletes.

It is clear to see that Mike Tyson still has huge appeal to boxing fans all around the world. Who knows, we may just see him back in the boxing ring again in 2023 in yet another exhibition…