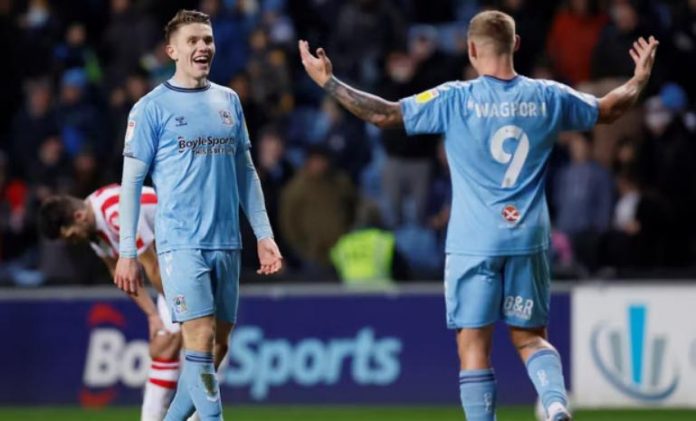 Middlesbrough and Coventry City will battle on Saturday in the Championship, with only two points separating the two clubs.

If you’re willing to watch Middlesbrough vs Coventry, Betfred has got you covered.

If you are a new user, you can register an account with Betfred and watch the Middlesbrough vs Coventry live stream. To watch the live stream, you must have either a funded account or have placed a bet within the past 24 hours prior to the event.

After a heartbreaking 1-0 defeat to Blackburn Rovers on Tuesday, Middlesbrough’s seven-game unbeaten run in the league came to an end.

They are still in ninth place in the EFL Championship table, with 42 points from 27 games, but a win in this game will give Coventry a chance to cut the gap on them.

With a game in hand, the Sky Blues are only two points behind them after defeating Stoke City in their last match.

Mark Robins’ side is on the verge of completing a league double after defeating their northeastern opponents 2-0 in their previous match.

When does Middlesbrough vs Coventry kick-off?

The Middlesbrough vs Coventry will kick off at 20:00 on 29th January 2022 at Riverside Stadium.

Middlesbrough has not reported any injuries so far.

No player is injured for Coventry.