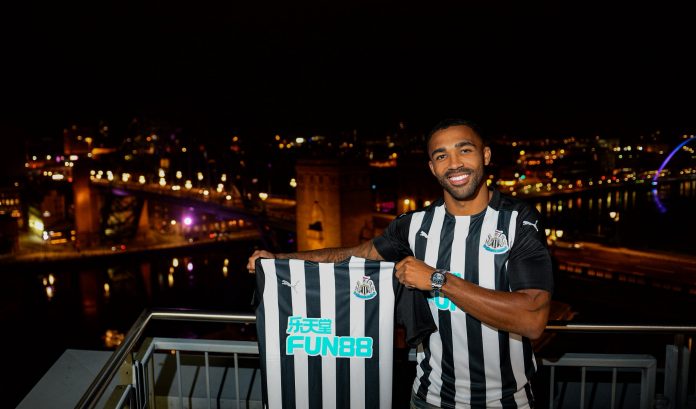 According to The Athletic’s David Ornstein, Newcastle United have a new number 9 following the arrival of England international striker Callum Wilson from Bournemouth.

The 27-year-old has been given the Newcastle number 9 shirt, with Joelinton set to be assigned a new one.

The Brazilian picked up the jersey after arriving at St. James Park in a club-record £40 million deal last summer, but he ended the campaign with only two league goals in 38 league games, and Newcastle came in for criticism for handing him the historic number.

Wilson will be keen to prove himself worthy and deserving of the honour, and former Toons number 9 Micky Quinn has reacted thus on Twitter after it was taken away from Joelinton and handed to the new signing:

Good Luck to @CallumWilson with his move to @NUFC
I hope the no 9 shirt is as lucky for you as it was for me,it got me an @adidas Golden Boot🤞 pic.twitter.com/oRHQoZox3E

Quinn scored 57 league goals in 110 appearances for Newcastle, and Wilson will become a legend if comes close to such a record at SJP.

The 28-year-old scored 40 goals in 126 Premier League games for Bournemouth, and he will hope to hit the ground running and immediately win over the hearts of the fans.