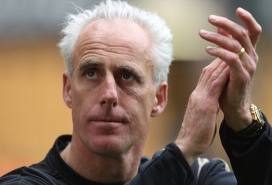 Wolves have quite literally taken the ‘Mick’ out of their own club following the sacking of Mick McCarthy after just over five and a half years in charge. A difficult season for McCarthy culminated in a crushing 5-1 home defeat to fierce Black Country rivals West Brom. It is a long established fact that in times of strife all road’s for accountability lead to the manager’s door and more often not results in his head swiftly rolling off the chopping block. It is quite simply the nature of the beast and McCarthy was well aware of that fact. Equally as true is the actuality that other stakeholders must also accept their portion of the blame. Noticeably the players of course, accompanied in their portioning of the blame for Wolves’ predicament by the Molineux board from whom there has been a significant element of mismanagement.

Wolves only preserved their Premiership status on a frantic final day of the season and by the absolute finest of margins to boot, a solitary goal. Evidence then, that despite being good enough to stay in top flight much investment was required in the following summer in order to firmly plant the club in the Premiership’s financially fertile ground.

Investment was exactly what followed, but rather than significantly improving a playing staff only just capable of 17th place in the previous season, money was invested into increasing the capacity of the stadium from 29,195 to 31,700 initially, with an outlay of £18million, and an eventual cost of approximately £40million on completion increasing the capacity to 36,000. The development plans were initiated despite a declining average attendance, in a region heavily affected by the financial crisis, to a current Premiership low for Molineux of 25,636.

The Wolves board have decided to increase supply at significant financial cost when demand is declining, a demand that will surely wane even further if the club are relegated. Bigger is not always better, especially without a match going fan base to equal expansion. Ask fans of fellow midlands club Coventry City if they preferred Premiership days at Highfield Road or drab Championship (probably soon to be League One) encounters at the desolate quarter-full Ricoh Arena?

The answer would most likely be the former and would be coupled with a further question which Wolves as a club must also ask themselves; “where would that level of investment in the team rather than the stadium now see their club placed?” Furthermore, “How can we justify financial outlay on a stadium re-development if we are not assured of Premiership status?”

It seems ridiculous to think that anyone within the Wolves hierarchy would have surmised that the transfer window additions of a reserve Goalkeeper in Jason De Vries and a £4million centre-half from relegated Birmingham City in Roger Johnson would ensure Premiership status. Surely, Wolves missed a golden opportunity to invest significantly in the playing squad in order to manufacture a move up into the middle echelons of the Premiership? Indisputably Premiership consolidation is much more attractive to fans than a few extra (regularly empty) seats.

The postponement of the second phase of re-development in January perhaps suggests that the Wolves board now realise that fact too. The priority must lie in producing a capable and quality team before worrying about the stadium in which they play, especially when the stadium is not in need of immediate refurbishment or redevelopment. Molineux is a fine looking stadium with an ample capacity.

Had the money been put towards extensive team improvements in the summer Wolves may be in a wholly different situation now and an extended revenue boosting period in the Premiership may have lay before them. Whether McCarthy was the man to build a quality Wolves outfit capable of Premiership stability is far from certain. Wolves’ performances this season have been considerably below par on a regular basis suggesting possibly that McCarthy had taken the role as far as he could. Perhaps even more worrying is that McCarthy’s players often showed admirable endeavour but lacked the required quality for this level.

Nonetheless, Wolves’ owner Steve Morgan will now be hopeful his club can follow the example of rivals West Brom who last season benefited immensely from a change of manager at the exact same stage of the season. Alternatively, if the outcomes of the next 13 games conspire against Wolves, condemning them to relegation, then the Wolves’ board may regret their investment priorities.