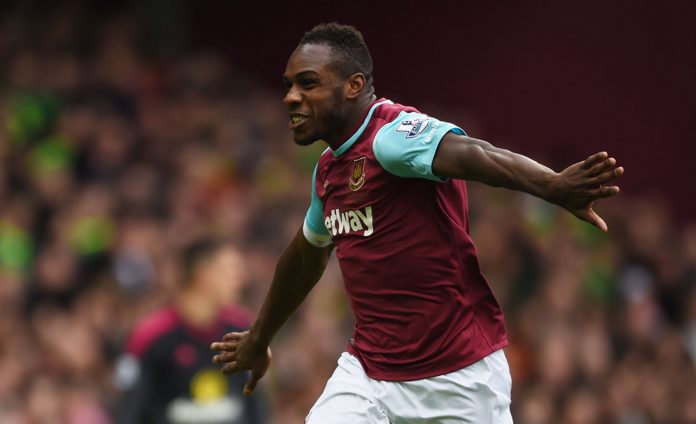 West Ham United midfielder Michail Antonio has been ruled out for four months after undergoing surgery on his hamstring injury.

Antonio will now miss a large chunk of the campaign, dealing a blow on manager Manuel Pellegrini’s attacking depth.

The 29-year-old primarily plays on the flanks but was earmarked to help provide striking cover for summer signing Sebastian Haller.

Having flogged Javier Hernandez on Monday, Albian Ajeti is now the other striking option West Ham have.

Antonio has already started his recovery following the surgery, but the earliest he can return to action is Christmas.

Nevertheless, the West Ham forward is hoping to get back sooner than expected, and he has taken to Twitter to send a message to the fans:

Thanks for all the messages of support. This injury is nothing to a beast, I’ll be back bigger, better, faster and stronger!!!!!! 💪🏾 #COYI pic.twitter.com/bvOur1QQX3

The Hammers have won two, drawn one and lost one of their opening four league games of the new season, and will hope to break into top-seven this season.

They will have to do that with Antonio out for at least three months, though.