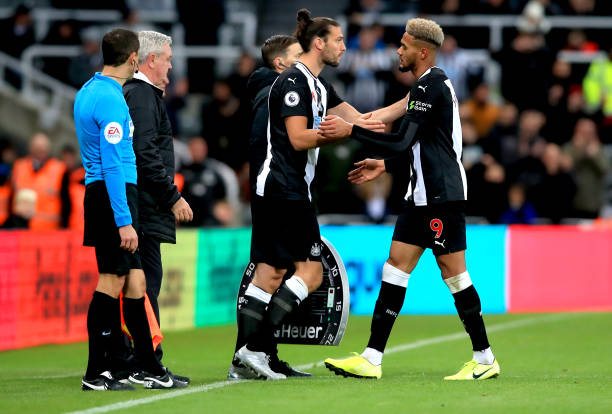 Newcastle United were held to a 1-1 draw by League One side Rochdale in the third-round of the FA Cup yesterday to force a replay at Saint James’ Park.

Steve Bruce’s men opened the scoring 17 minutes into the game through Miguel Almiron and should have secured a comfortable lead in the first half.

However, £40 million summer signing Joelinton fluffed several chances to double Newcastle’s lead, and they were made to pay for his misses when Aaron Wilbraham canceled out Almiron’s goal with a 79th-minute equalizer.

The game further exposed the Magpies’ lack of quality firing power, and they need to bring in a top finisher this month to boost their chances of finishing the campaign strongly.

Joelinton’s struggles could prove costly for the club going forward, and former Newcastle striker Michael Chopra has torn into the Brazilian on Twitter, reacting thus to his horror show against Rochdale:

Theres a reason Rafa didn’t buy Joelinton. Today was the reason, possibly NUFC worst no. 9 in the clubs history.

We went to sign Joelinton but signed Fumaca instead 😂😂

The fact that Chopra, who scored just thrice in 31 games for the Toons, sees Joelinton as possibly the club’s worst-ever striker speaks volume, and the 23-year-old is running out of time to prove himself.

Coming up against a League One defence was supposed to help boost his confidence and give him the chance to score a couple of goals, and he has no excuses for failing to perform.