Maurizio Sarri and Antonio Conte will head into the upcoming Serie A campaign eager to make their mark with their respective new clubs.

Sarri has left Chelsea to take over a Juventus side who have dominated on the domestic front in recent seasons, winning the title for the past eight years.

However, success in the Champions League continues to elude them and Sarri has been tasked with ending their barren run.

Conte has taken on a much tougher challenge at Inter Milan, with the club’s last title success coming back in 2009/10.

Inter have finished no higher than fourth since then, while cup competitions and participation in Europe have failed to yield any silverware.

Read on as we look at Sarri and Conte’s pre-season training methods and tactical preparations for the new season.

Sarri a fan of repetition

Sarri is renowned for employing a rigid structure when it comes to pre-season training and his methods have certainly proved to be successful.

In addition to fitness and conditioning sessions, Sarri favours lots of repetition work with the ball which are designed to embed his famed ‘Sarriball’ style into his players’ psyche.

Sarri focuses on training that places importance on getting the ball from back to front quickly, starting with ‘piggy in the middle’ passing drills designed to improve technique.

He will then move on to short 11-a-side game where he uses two different formations in each half to get his players used to different ways of setting up during a match.

Sarri also works on aspects such as counter-attacking, often with a focus on feeding the ball from the back quickly through midfield playmaker.

Set piece and shooting practice are held towards the end of the session, with the entire structure then repeated through subsequent sessions.

His methods are designed to ensure that his style of play becomes second nature to his players during the course of a long season.

Inter have underperformed massively in recent years, with many pundits claiming that a culture of laziness has been allowed to ingrain itself into the club.

It is highly unlikely that Conte will stand for such nonsense, as the former Chelsea boss is known to be someone who works his players hard.

Conte’s early days at Stamford Bridge perfectly highlight this ethos, with the manager shaking up the nutrition and supplements aspect of the fitness regime soon after his appointment.

He removed pizza, ketchup, brown sauce and fizzy drinks from the menu at Cobham, before implementing a diet that contained the right amounts of carbohydrate, protein and fat.

He also introduced double training sessions designed to boost the conditioning of his new squad and that is something he will undoubtedly have brought in at Inter.

A combination of fitness and tactics are they key to Conte’s management style, with high-intensity drills forming the bulk of his training.

Some of his former players say Conte’s sessions are amongst the toughest they have experienced, but the success he has enjoyed during his career show that they work. 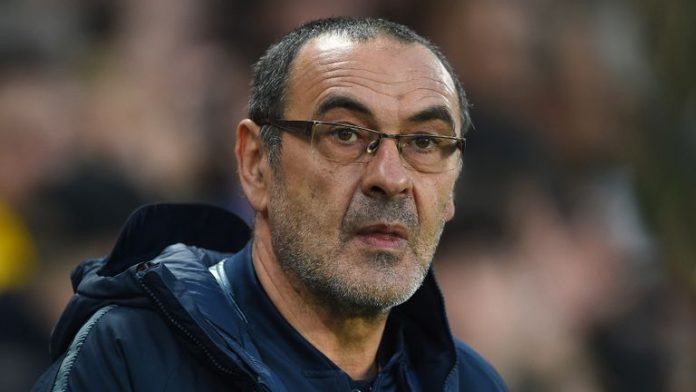 Sarri has stuck faithfully to a 4-3-3 formation with Napoli and Chelsea and he is unlikely to deviate from that with Juve.

He favours working with goalkeepers who are comfortable with the ball at their feet, while defenders must also be comfortable in possession.

The arrival of Matthijs de Ligt from Ajax is a sign that he will once again adopt this approach, while Miralem Pjanic and Adrien Rabiot are likely to flourish under Sarri in midfield.

However, the key to whether Sarri can end Juve’s Champions League drought will be determined by whether he can get the best out of Cristiano Ronaldo.

The 60-year-old has never previously had the luxury of having a player of Ronaldo’s ability in his team and he has already stated he will give him the freedom to be creative.

Sarri has hinted that he may move Ronaldo in from the left flank and a return to a central position should see Ronaldo’s effectiveness increase.

The team will be built to create chances for the Portuguese international and history has shown that it is a tactic that maximises his usefulness to a team.

The new Inter boss favoured an expansive style of football during his early managerial career, with attacking wingers a feature of the Bari team he guided to promotion in 2008/09.

He subsequently tweaked his style at Juventus, adopting a pragmatic approach more in tune with many Serie A clubs.

However, this included a high-pressing element structured around a 3-5-2 formation that created a platform for Juve to dominate in Italy.

Conte went on to manage the Italian national side, but he returned to club management with Chelsea in 2016 and quickly converted the team to his favoured set-up.

Chelsea stormed to the title in Conte’s first season in charge as the changes he made left the opposition trailing in their wake.

His task at Inter is tougher than the one he faced at Stamford Bridge, although the team’s performances during pre-season have shown that his methods are already having a positive impact.

Conte may need to adjust aspects of his formation as he stamps his authority on Inter’s squad, but it would be no surprise to see them finish much closer to Juve this season.