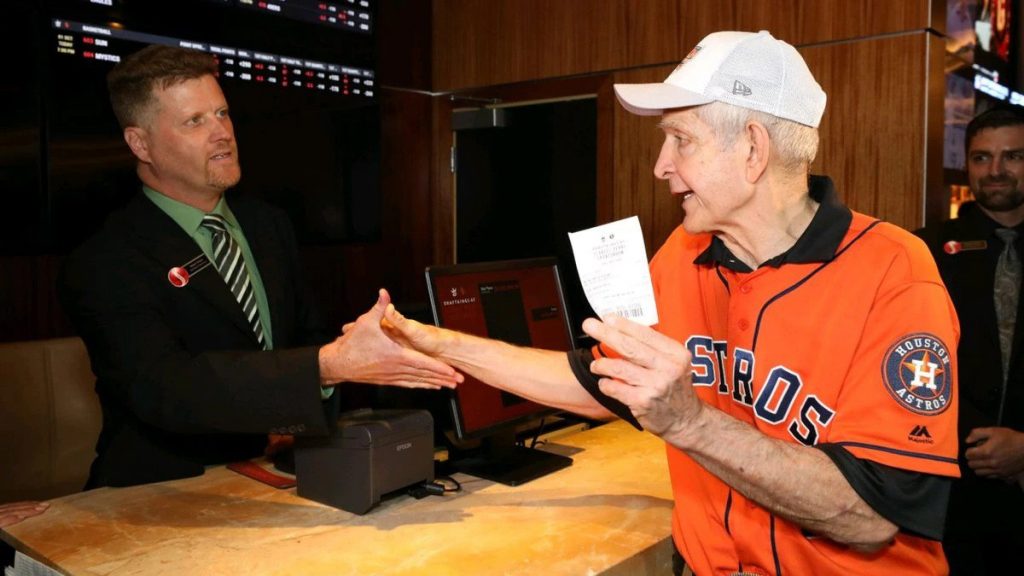 The MLB World Series is fast approaching with Game 1’s first pitch scheduled for Friday, and Jim McIngvale, affectionally known as ‘Mattress Mack’, has laid out a monumental stake on the Houston Astros which could land him with a $75million return.

Houston Astros host the Philadelphia Phillies at Minute Maid Park on Friday night, with the first two games of the 2022 MLB World Series scheduled to take place in Texas.

The Astros are -190 favourites on MLB betting sites and will be vying to win their first rings since sweeping aside the Dodgers in 2017. Since then, Houston have lost two of the previous three World Series including in last year’s defeat to Atlanta Braves.

That defeat would have hurt Jim McIngvale more than most after he staked $3.25 million on this year’s favourites to win in 2021, which would’ve returned a staggering $35.6 million.

The proprietor of the Gallery Furniture chain, ‘Mattress Mack’ ,as he has been dubbed, is known for placing astronomically large bets on major sporting events and he is seemingly confident the Houstons can find redemption against the Phillies this year.

McIngvale has placed an eye-watering $10 million on the Astros, and just four wins stand between him and $75 million should they prevail. This would make it the largest payout in legal sports betting history.

The total wager is comprised of several individual bets, some with odds as high as 10/1, while he increased his initial $3million stake in May to $7million with several 5/1 selections once the Astros started to display their undoubted championship winning level.

You may be puzzled as to how the famed bettor manages to afford to wager such amounts, but his betting is not only a clever marketing tactic; he also uses the sales of promotional mattresses as hedges for his bets, which in turn drives up the sales in-store.

For the World Series, he is not only offering customers their money back but also the opportunity to double their purchase amount on items worth at least $3,000, meaning they will receive $6,000 back if the Astros claim the victory.