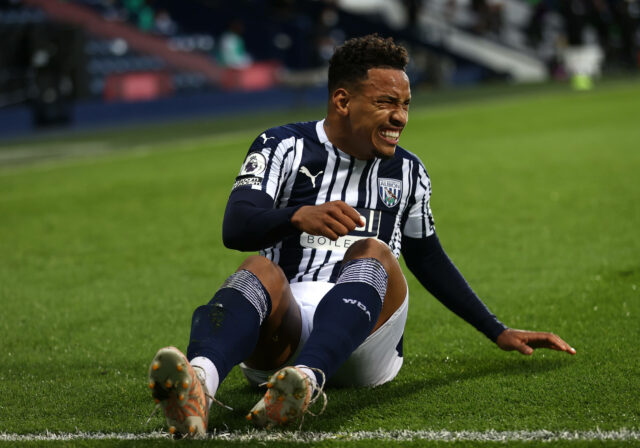 It has been a quiet transfer window for West Ham United.

Keeping hold of key players like Declan Rice and Jarrod Bowen is a priority, but David Moyes must look to add depth and quality to his squad.

Moyes is looking to sign another attacking midfielder, with Felipe Anderson leaving the club to join Lazio.

The talks of landing Jesse Lingard on a permanent deal have cooled in recent weeks, and it seems Moyes is looking for options elsewhere.

According to journalist Ekrem Konur, West Ham are interested in signing Matheus Pereira from West Bromwich Albion, and they have already opened talks.

The 25-year-old has also been targeted by Leeds United, but it has been reported that the Whites have been priced out of a deal.

The Baggies are demanding £30 million for the playmaker, and Leeds feel the price is too much for the Brazilian.

However, this could open the door for West Ham to clinch a deal for Pereira, who bagged 12 goals and six assists in all competitions last season.

Pereira is an incredible player, and West Ham must do everything to sign him.

He will be keen to play in the Premier League, and the Hammers can provide him with that opportunity.

The best part about Pereira’s game is his versatility. He can play as a number 10 and also on both wings. He can also be used as a lone striker if needed.

A natural dribbler, Pereira has an eye for passes and is very good with set-piece deliveries.

If he is given proper backing, he can have a Lingard-type impact for the Hammers.