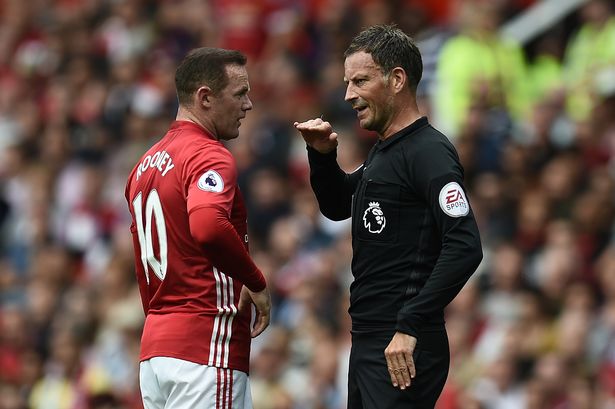 Clattenburg, who made his Premier League debut back in 2004, confirmed in February that he had accepted an offer in the Middle East to become the head of refereeing for the Saudi Arabian Football Federation.

The game in question is the league clash between United and Stoke City in January this year. Wayne Rooney scored to equal Sir Bobby Charlton’s long standing club record but Mourinho’s men were held to a 1-1 draw, which did not go down well with the Portuguese tactician.

“I was refereeing the game when Wayne Rooney broke Bobby Charlton’s record and Mourinho came into my dressing room and he was unhappy about a handball penalty that I didn’t give,” Clattenburg told the Men in Blazers podcast.

“I’d walked off that pitch at Stoke, which was always the coldest stadium, it was always wet and miserable, and refereeing Man United was never an easy match.

“To come off that match it felt immense that I’d actually had a good performance, and for him to come into my dressing room and criticise my performance for a handball that I’d seen, that had clearly come off his chest, I knew that I was right but he’d put a seed of doubt into my mind.

“And I went soul-searching, I wasn’t enjoying it as much as I used to and I had to get out.”