Manchester United, being a global brand, often engage with lots of charity and works. Recently, United players visited a 12-year-old leukaemia patient, Charlotte Jennings, who lost her hair during treatment. 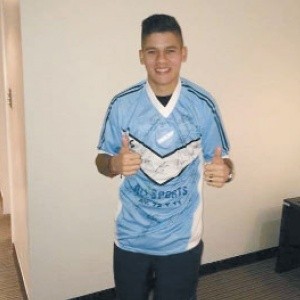 The United players showed a heart warming gesture by signing on her head, which her father claim that signings won’t be removed.

Manchester United defender Marcos Rojo, who joined from Sporting Lisbon in the summer, was seen doing some charity works for an amateur club Villa Lenci.

Rojo is seen as a ‘good and humble’ guy in Argentina and he is a popular figure in his country.

The Argentine club were recently hit hard times financially (due to vandalism in November) and Rojo did his best to help them by donating a shirt of the club signed by the Manchester United players. He visited the club through local connections and didn’t hesitate to wear the Villa Lenci shirt as well and took a picture to keep the best memories.