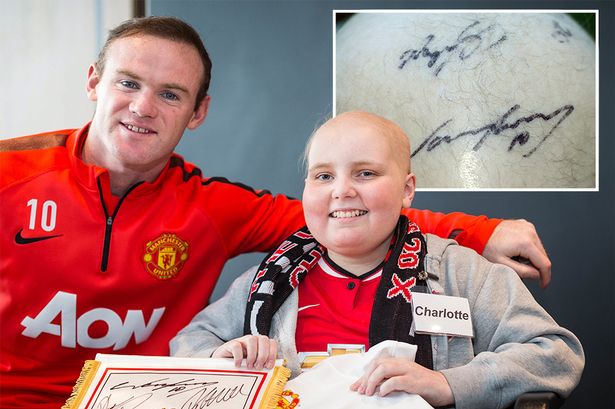 Manchester United players have shown great gestures when they signed on a 12-year-old leukaemia patient’s head, who lost her hair during treatment.

According to the Eurosport, Charlotte Jennings got many of the United stars sign her bald hair following treatment.

“I’m a 12-year-old with a bald head so why not make the most of it?” – she told Manchester Evening News.

Charlotte’s dad Paul said she usually goes to matches at United with grandmother Maureen and older brother Mike and insisted that signings won’t be removed.

“The signatures are still on there and I am not sure if they will ever come off,” he said.

“She was delighted to meet the players and they were all great.”