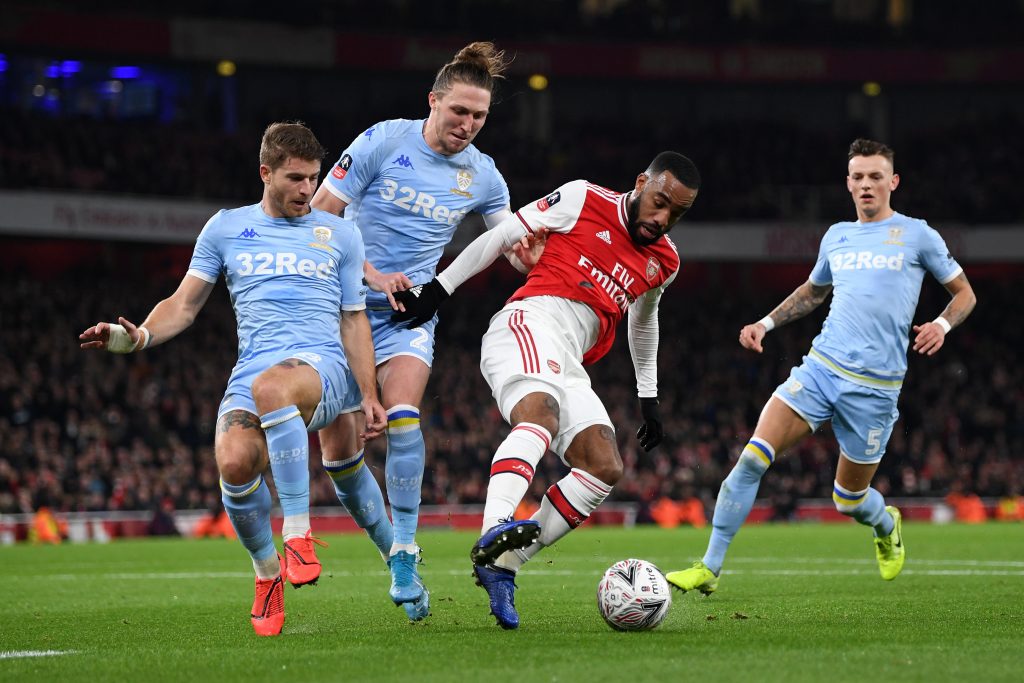 Marcelo Bielsa has showered praise on Leeds United defender Gaetano Berardi after the Whites won 2-0 against Huddersfield Town on Saturday at Elland Road.

The Argentine has praised Berardi for his recent performances and claimed that he has been ‘one of the best’ for Leeds in his recent matches.

The 31-year-old versatile Leeds defender has struggled for regular games this season. He has made only 17 appearances in the Championship, and has started just two Championship games in 2020, including the one against Huddersfield.

Luke Ayling and Patrick Bamford scored for the Whites as the Yorkshire club moved to the top of the Championship table. With third-placed Fulham dropping points as well, Leeds have now taken a healthy seven-point lead over the Cottagers.

Berardi is a useful player because of his versatility and experience. He can play in multiple positions – as a central defender, and also as right and left full-backs. Bielsa had nothing but praise for the defender following Leeds’ win over their Yorkshire rivals.

“One competition is for 18 players, not just 11,” said Bielsa, as quoted by Leeds Live. “Some players have more minutes, another player less minutes. The under-23 competition is very useful for us because players not in the first team play with the under-23s and keep their level.

“In the last two matches he played he had a great performance and one of the best of the team. For our team he is very important player. For the contribution he does every time he has to play and also as a leader, supporting every team-mate, everybody respects and loves him.”

Leeds were struggling at the start of the year, and managed just one win in nine games from January to mid-February. However, they’ve picked up the form at the right time, and have now won five games in a row in the Championship.