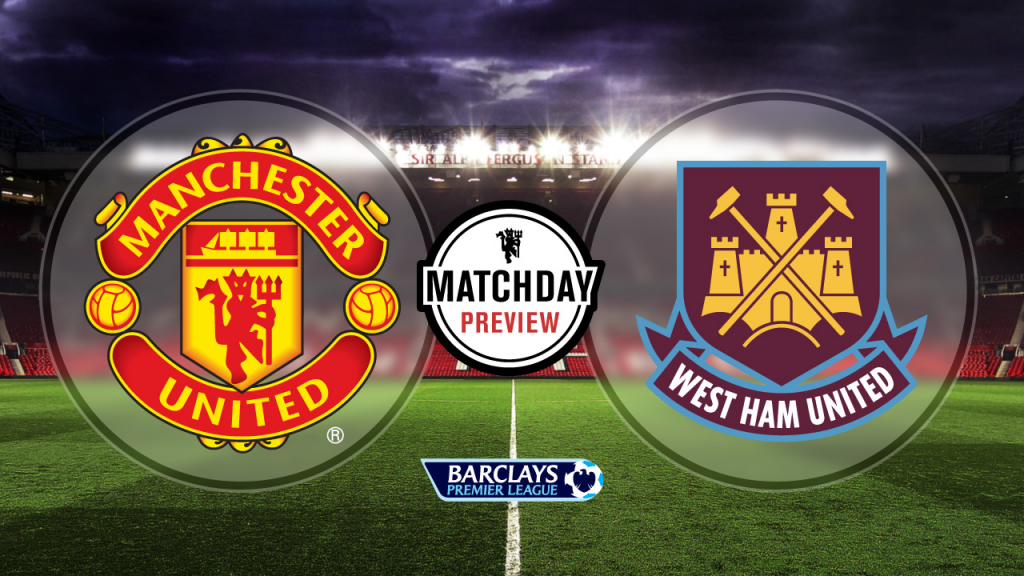 Premier League giants Manchester United take on West Ham United at Old Trafford this Saturday and Louis Van Gaal will be hoping to get their title race back on track after dropping points against Leicester City last week.

West Ham have been very impressive away from home against the top sides and this weekend’s clash with Manchester United will be a very interesting challenge for the Hammers.

They have done extremely well against the Premier League elite under their new manager Slaven Bilic and have won at Etihad, Emirates and Anfield already.

West Ham have also beaten Chelsea at home and are rightly being tipped as the giant killers this season.

After their draw against Leicester, Van Gaal’s side will look to close the gap with City this weekend.

Manchester United are more than capable of beating West Ham and Louis Van Gaal will be looking to avoid an upset after having witnessed the fate of other top teams against West Ham United this season.

The home side are unbeaten in their last six matches and missed the chance of being the league leaders after settling for a 1-1 draw against Leicester City at the King Power Stadium last Saturday.

Meanwhile, West Ham also dropped points at home against West Brom. The away side walked away with a point after a catastrophic own goal from Vice-captain Winston Reid.

The home side have the best defensive record in the league and have been imperious at home so far. Despite their struggles in front of the goal, Van Gaal’s side have enough firepower to breach an inconsistent West Ham back four.

Manchester United Team News: Louis Van Gaal’s side are depleted with injuries and the Red Devils will be without several key players for the clash against West Ham.

Midfielders Antonio Valencia are Ander Herrera are definitely ruled out with injuries.

But the good news is that club captain Wayne Rooney and Jesse Lingard could be back in time for tomorrow’s game.

West Ham United Team News: Slaven Bilic will be disappointed with the loss of two quality forwards. Diafra Sakho and Enner Valencia are both out injured and will miss Saturday’s trip to Old Trafford.

Key player Dmitri Payet is set to miss out as well and the Frenchman is expected back in February 2016.

Man Utd have kept a clean sheet in 5 of their last 6 home matches in the Premier League.