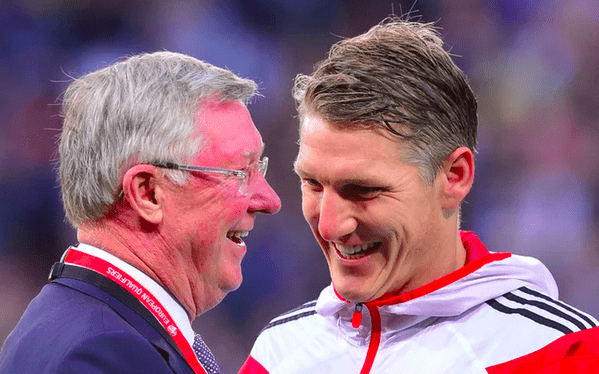 Nowadays it has become a norm for the clubs to not reveal the exact transfer fee they pay to sign a player. As a result, we the fans, have to rely on the newspaper sources, and in most cases the figures vary.

For instance, French media and especially RMC, who first broke the Anthony Martial deal to United, have been quoting that the transfer fee agreed for the French forward was in the north of €80m, but English press were happy to keep it around £36m.

Luckily, we now know what Manchester United paid to sign Germany skipper Bastian Schweinsteiger this summer from Bayern Munich, thanks to TSV 1860 Rosenheim, who have disclosed the exact transfer fee on their official website.

Schweinsteiger left the club when he had one year remaining on his contract, and it was reported that United paid close to €20m for his signature. However, we now know that United paid only €9m to sign the 2014 World Cup winner.

“The transfer fee adds up to €9 million,” the club announced on their official website.

Rosenheim currently play in the regional fifth tier Bayernliga Sud, are set to receive a windfall of €38,000 for Schweinsteiger’s transfer to United.

“We have been credited for two years [that Schweinsteiger spent at the club]. We will receive the payment in two instalments, and after deducting the advisor and legal costs, we will receive €19,000,” Sandro Sacco, the club’s finance director, said in the press release. “We already received the first instalment in August.”

The press release added: “We are delighted about Bastian’s incredible career and also that we profit from it financially as his first club.”

Let us take a look at what United fans have to say about the deal:

Like I said before media inflates the price of every single transfer into #MUFC martial and schweinsteiger didn’t cost half of reported fees — Sagheer OsmanUtd (@sagheerosman) September 9, 2015

£6.5 mill for Bastian fecking Schweinsteiger. But lets brush that one under the rug. Isnt in keeping with ‘Utd had a terrible window’ is it?

Media got every transfer wrong including Schweinsteiger’s transfer fee, no wonder they are frustrated and make up stories