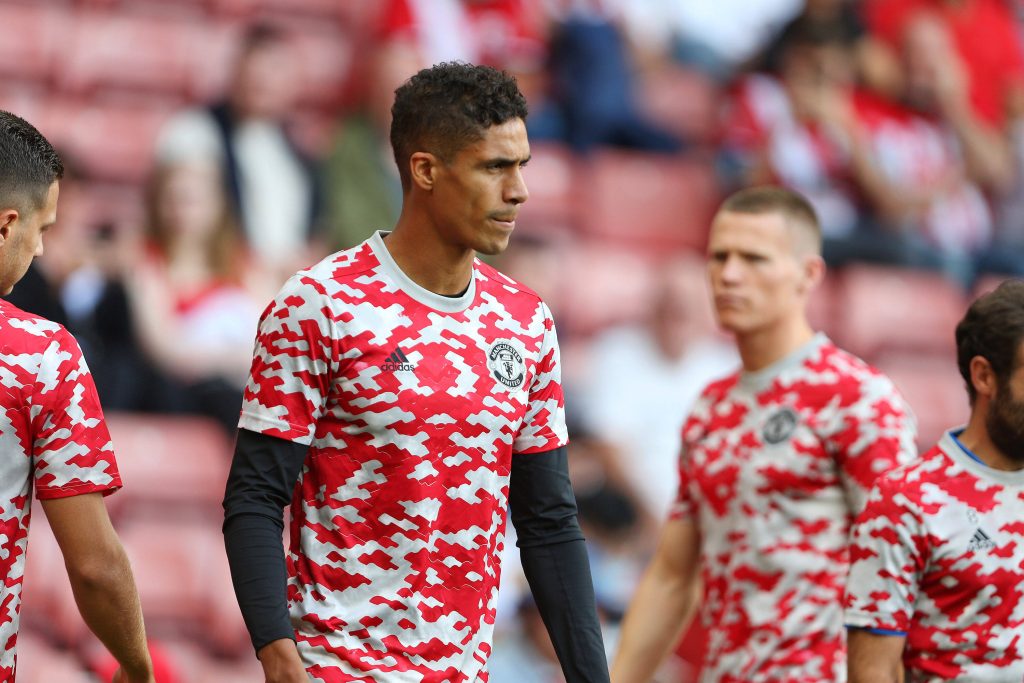 Manchester United star Raphael Varane has given a fresh update on his injury.

The 28-year-old said that he is working hard to recover from the knock he suffered against Atalanta last month.

He also conceded that the rigours of the English top-flight have been difficult to adapt to.

He told MUTV (via Metro): “I’m working very hard and, you know, footballers are like F1 [cars] so sometimes we have to change something and to improve the motor.

“I think I have to change a little thing because it’s a big difference, a big change.

“The kind of work is different work so I have to adapt. I know that and I’m working very hard to be at my best as quickly as possible.

“I know it’s big work but I’m ready to do it, to try to improve. I’m very excited to come back to help the team.”

Since his arrival at Old Trafford, he has made only six appearances for the English side, with a series of injuries keeping him out of the team.

The talented centre-back picked up a groin injury while playing for France in October. That kept him sidelined for two league matches.

He then suffered a hamstring problem during the match against Atalanta in the Champions League at the start of November.

Michael Carrick said it would take some time for the France international to return to the team.

However, Varane has been working hard to make his full recovery, so he can start helping his side once again.

United are currently sixth in the Premier League standings, having secured 24 points from 15 matches.

The Red Devils have improved their performances since the sacking of Ole Gunnar Solskjaer.

Under caretaker boss Carrick, they took a point off Chelsea before beating Arsenal 3-2 at the Theatre of Dreams.

While Ralf Rangnick started his reign by claiming a 1-0 victory against Crystal Palace on Sunday, with Fred scoring the winner.