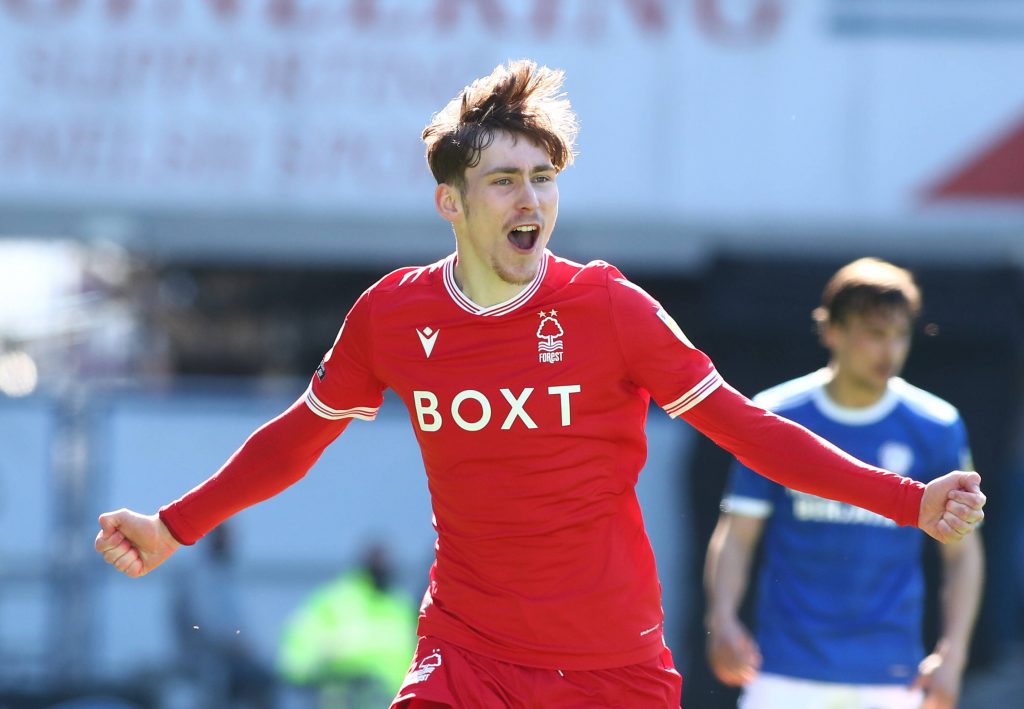 A selection of Manchester United fans heaped praise on James Garner after his sublime display for Nottingham Forest against Queen Park Rangers yesterday.

The United graduate initially joined Championship side Watford on loan last summer, and he was a regular under manager Vladimir Ivic.

However, he lost his place when Ivic was replaced by Xisco, and United terminated his temporary deal in late January.

The 20-year-old was immediately sent out on loan to Forest, and he has started in 13 of his 14 league appearances.

Garner has impressed with his displays from the holding midfield role while also registering three goals in the process.

He scored the only goal in the victory over Cardiff City last Friday and continued his fine form with a stunning free-kick against QPR.

Garner had an earlier free-kick saved brilliantly by Seny Dieng. He eventually beat him with a superb long-range strike from an acute angle to find the top right corner.

His effort put Forest 3-0 ahead before Lyndon Dykes netted a consolation goal for Rangers in injury time.

Several United fans were impressed with the showing of the young midfielder, and here are a few reactions on Twitter.

Goals in back to back games for James Garner.
You love to see it. pic.twitter.com/qurB2ZObhJ

James Garner should be playing Premier League football next season — whether it be for #mufc or out on loan. He's entirely capable & ready for that final jump in quality.

As much as I'd love him at United, i think next season is a bit too soon because he won't be able to play much and that'd be a shame. A loan to a smaller PL club where he gets regular game time would be perfect

Garner could not break into Ole Gunnar Solskjaer’s plans this term with the fierce competition from Scott McTominay, Paul Pogba, Fred and Nemanja Matic.

The future of Pogba remains uncertain with his contract expiring in 15 months, but it is unlikely that Garner will be considered a replacement if the Frenchman leaves.

The youngster’s next step could be a loan stint in the Premier League to earn sufficient experience before becoming a regular part of United’s first-team.