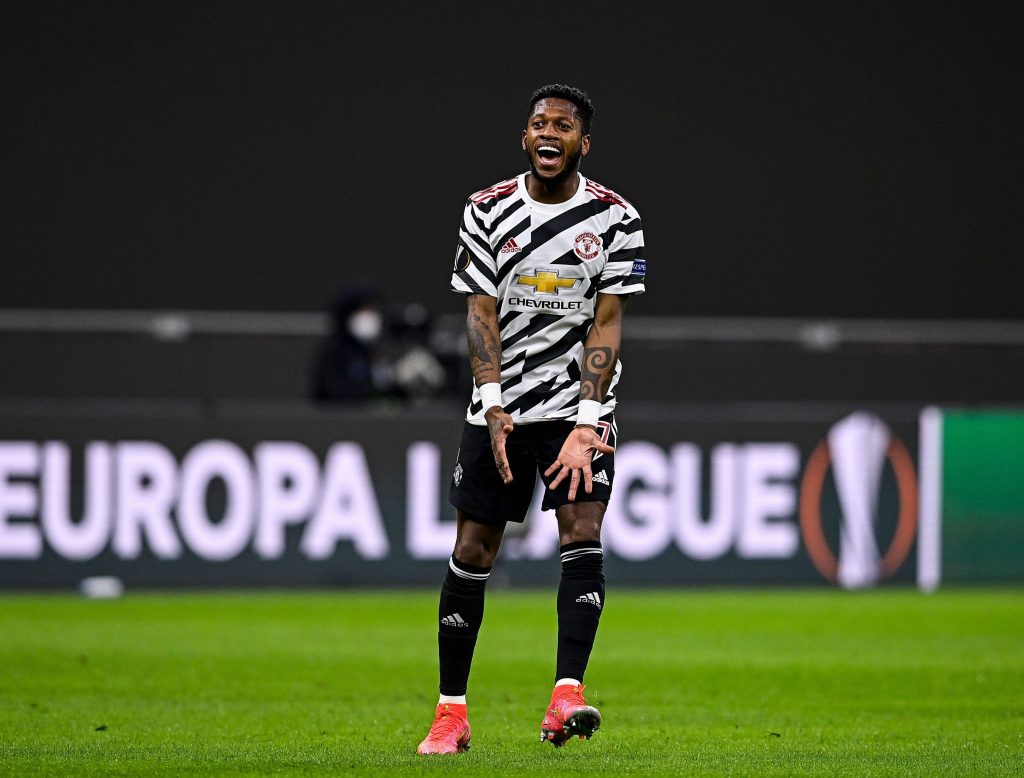 Some Manchester United fans were angry and disappointed with Fred’s performance after they were eliminated in the FA Cup quarter-final by Leicester City on Sunday.

The Brazilian has been a regular in the centre of the park alongside Scott McTominay this term, but he had a poor showing against the Foxes yesterday.

The 28-year-old gifted the Foxes with the opening goal in the 24th minute as his weak backpass for Dean Henderson was intercepted by Kelechi Iheanacho to score an easy goal.

The Red Devils went into the half-time interval at 1-1 after a Mason Greenwood equaliser, but the Foxes took the lead moments after the restart.

Youri Tielemans scored after a stunning 30-yard run, and both Fred and Nemanja Matic could not stop him in his stride as he slotted the ball past the goalkeeper.

The Foxes eventually triumphed by a 3-1 scoreline with a second goal for Iheanacho. Fred had a disappointing display as he squandered possession on multiple occasions.

A selection of United supporters were critical over his showing and expressed their frustration on Twitter. Here are a few reactions.

Yeah, Fred’s a liability. Every time this guy receives the ball my heart sinks so I’m not surprised that he’s just gifted Leicester a free goal. Shocking, man.

People giving Fred an hard time, I thought he had a terrific game and didn’t put a foot wrong for Leicester

Someone remind Fred what team he is playing for. Lost count how many teams he's passed the ball to a Leicester player so far this game. #MUFC

Such a shame, really thought we had a chance at the cup this season

Leicester brilliant and we were poor

Awful team selection and in game management from Ole. Not one of the starting 11 played well. Fred & Matic Hall of Shame performances

Only positive not another semi loss

It's simple, if you play Fred (and Matic for that matter) we can't try to play out of the back. Especially against a team as good as Leicester.
Those two in a pivot, or McTominay, mean we have to play long and on the break. Possession play is completely stifled.

Fred was very poor yesterday, he has not lived up to his potential and it's probably time for #mufc to sell him. https://t.co/mkcX27MlSr

Fred had a dismal game against the Foxes, and that partly contributed to United’s first defeat in 15 matches across all competitions.

The result also brought an end to the Red Devils’ 22-match unbeaten streak on the road, and they won’t be winning any domestic silverware for the fourth season running.

The Europa League remains their only chance of winning a trophy this term, and it won’t be straightforward with competition from the likes of Ajax, Arsenal and Roma.

Read: Manchester United are pressing to sign this Serie A defender.