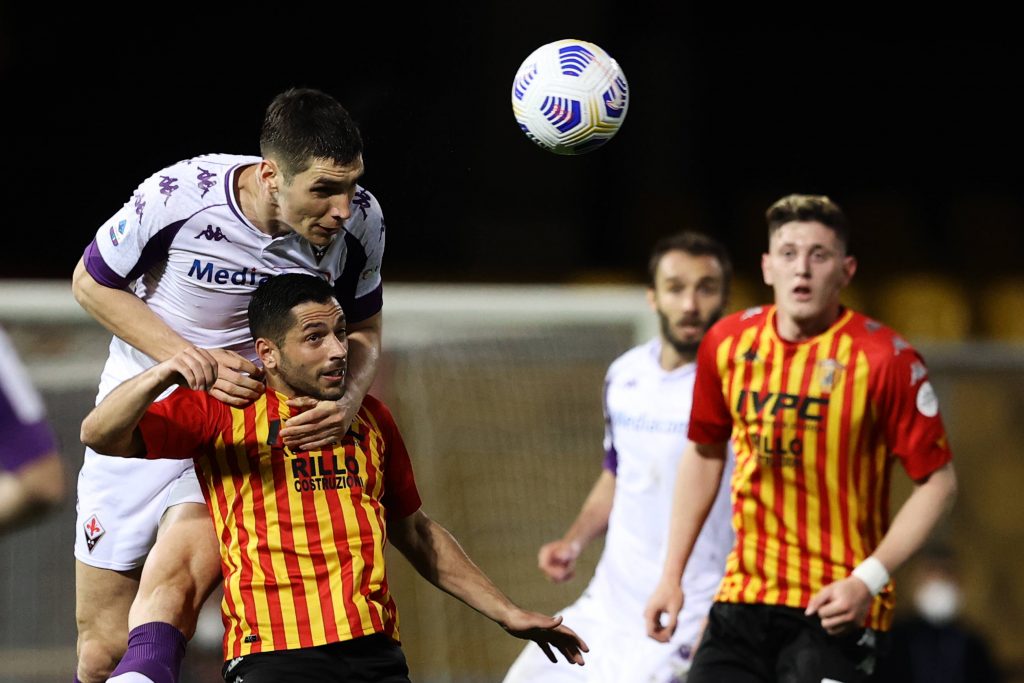 The Red Devils are long-term admirers of the Serbian, and they were initially interested in him when Jose Mourinho was their manager.

He continues to be linked with the club, and it was recently claimed that the Red Devils have ‘a clear advantage‘ in signing the 23-year-old.

It is now reported that the centre-back is heading ‘towards’ United, and the club’s efforts to sign him are ‘getting stronger’.

Milenkovic has no plans of renewing his contract, which expires in June 2022, and La Viola are set to part ways with him this summer.

The Red Devils currently have Victor Lindelof and Harry Maguire as the preferred central defensive pairing, with Eric Bailly being the back-up option.

Bailly could be on the move this summer while there have been question marks over Lindelof’s performances in the past.

Solskjaer is eyeing a left-footed centre-back option alongside Maguire, and Villareal’s Pau Torres has been reported as a target.

However, Milenkovic could be a quality purchase with his strong aerial presence and willingness to clear his lines.

The Serbian is valued at €35 million by La Viola but could be prised away for less with his contract expiring in 15 months.

Read: Manchester United star plans to reject a new contract after being snubbed for Milan trip.