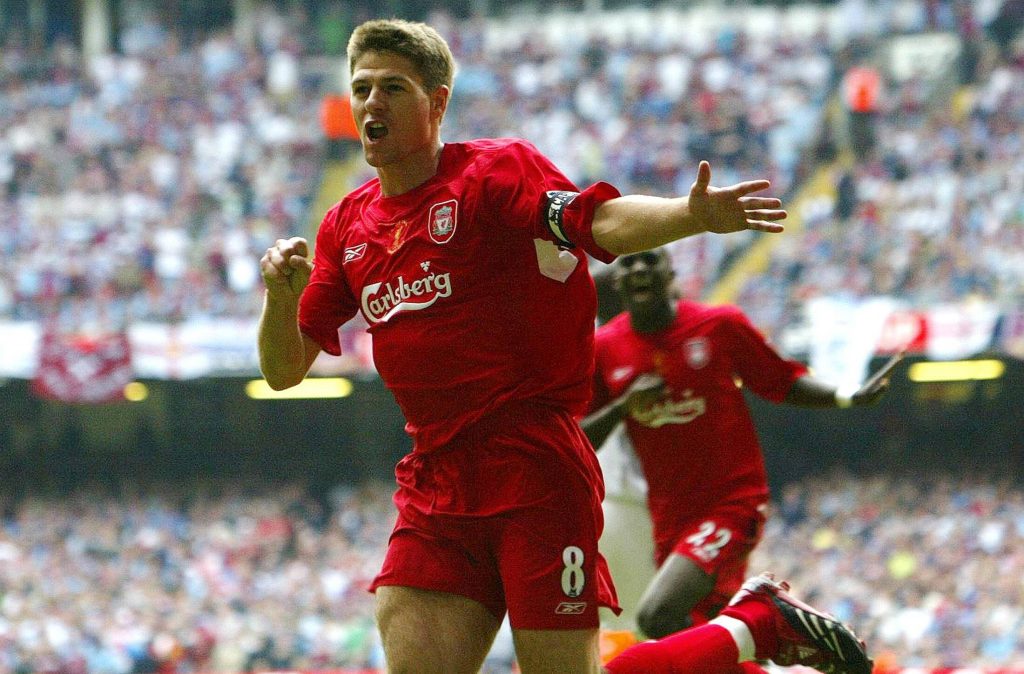 The FA Cup final is one of the highlights of the English football calendar. It’s the world’s oldest football competition and has produced several incredible moments – from the endless amount of giant killings to those big days out at Wembley Stadium.

Some argue that it has lost its magic over the years, but Saturday’s clash between Leicester City and Chelsea proved otherwise.

With fans back in attendance for the first time in ages, the Foxes emerged victorious after one moment of magic (and a little bit of controversy).

But it wasn’t the first time we’ve seen a screamer in the FA Cup final. Here are some more just from the turn of the millennium.

With all the hysteria of the last 30 minutes, it’s easy to forget just how dull the opening hour was on Saturday. Nothing at all was happening.

Then things changed sensationally. Belgium international Youri Tielemans picked up the ball and unleashed a stunning 30-yard strike into the top corner, sending the Leicester fans into wild celebrations.

An unbeatable performance by Kasper Schmeichel and a late moment of VAR intervention secured the trophy for Leicester City – the first time they’ve won the competition in their history.

They had the opportunity to end their mini trophy drought in the 2016 FA Cup final when they faced Crystal Palace. It was a game that they were hot favourites for.

But, with 12 minutes remaining, the script appeared to fly out of the window, as Jason Puncheon slammed in for the Eagles from a tight angle, prompting manager Alan Pardew to have a little boogie on the touchline.

The Red Devils managed to claw this back almost immediately, however, through Juan Mata’s deflected volley, taking the game to extra time. And it was during the extended period that Jesse Lingard hit an absolute worldie.

Antonio Valencia’s cross was half-cleared by Damien Delaney but fell perfectly for the right foot of Lingard, who unleashed a clean volley into the top corner.

This secured the trophy for Man Utd, who had gone down to ten men earlier in the game. It wasn’t enough to keep Van Gaal in the job, mind.

But spare a thought for Alan Pardew. Imagine doing a dance like that and STILL losing. He must’ve felt so silly.

Having won the cup in the previous year, Arsenal were looking to do it back-to-back in their clash with Aston Villa.

It was a resounding victory for the Gunners, who took a first-half lead through Theo Walcott.

They got their second shortly after the break through a piece of brilliance from star man Alexis Sanchez. The Chilean cut onto his right foot and hit a swerving strike off the crossbar and in.

It’s a difficult goal to describe. The power, the dip, the movement on the ball – it has to be seen to be believed.

Arsene Wenger’s men ended up winning the game 4-0, with Per Mertesacker and Olivier Giroud also adding to the scoreline.

Now, if you thought Man Utd’s two-year trophy drought was bad, then you clearly don’t remember Arsenal’s run after 2005.

The north Londoners faced Hull City in the FA Cup final, knowing that failure to win would mark eight years since their last piece of silverware. Given that their side in 2004 was arguably the greatest ever English side, this is crazy.

But come on, they’re playing Hull. Surely this is their time, right? Well, it was eventually, but things didn’t begin as planned. Goals from James Chester and Curtis Davies put Steve Bruce’s side 2-0 up after just eight minutes.

Thankfully for the Gunners, they managed to hit back just nine minutes later with a wonderful free-kick by Santi Cazorla. The Spaniard found the top corner with his right foot, beyond the reach of Allan McGregor.

Arsenal ended up winning 3-2 after extra time. Laurent Koscielny bundled in an equaliser, and Aaron Ramsey poked in a winner in the 109th minute.

Speaking of bad starts to an FA Cup final, Chelsea went 1-0 down to Everton in the 2009 final after just 25 seconds. Louis Saha gave them the lead with a left-footed shot in at the near post.

Unfortunately for the Toffees, this was where the afternoon peaked. Didier Drogba headed home an equaliser, and Frank Lampard bagged the winning goal for the Blues.

And what a goal it was. The England international twisted onto his left foot and unleashed an arrowing effort into the top corner. Tim Howard got a hand to it but was unable to keep it out.

And now onto arguably the most iconic FA Cup goal of all time.

Liverpool’s day out at Wembley was turning into a bit of a nightmare. After 30 minutes, they were 2-0 down. Jamie Carragher scored an own goal, and a Pepe Reina mistake allowed Dean Ashton to double the deficit.

Enter Steven Gerrard, who turned the game around virtually on his own. The Reds legend began by picking out an inch-perfect pass for Djibril Cisse to pull one back before half-time. And after the break, the Englishman smacked a half-volley into the top corner to draw level.

But this still wasn’t the end of the difficulty for Liverpool, as West Ham retook the lead when Paul Konchesky’s cross dropped in at the back post. The Hammers held the advantage until injury time but were powerless to prevent what came next.

The ball fell to Gerrard a full 35 yards from goal. Any normal human being wouldn’t even dare attempt this. We’re in injury time, Steven. Just control it, drive forward with it, pass to someone – do not shoot.

As it turns out, he didn’t listen to my retrospective advice from 15 years later and decided to take the shot on instead.

In hindsight, maybe it was the right choice. The captain hit a first-time strike into the far corner, rescuing the final for his side.

Liverpool later won the game on penalties, with Gerrard emphatically dispatching his spot-kick. The match later became known as ‘the Gerrard final’.

In the 2002 final, we were treated to not one but TWO beauties.

The first came via the right foot of Ray Parlour in the 70th minute. The midfielder curled in a stunner from 25 yards to break the deadlock, despite goalkeeper Carlo Cudicini getting a hand to it.

Incredibly, this wasn’t even the best goal of the game, as Parlour was outdone by teammate Freddie Ljungberg ten minutes later.

The Swede picked up the ball in his own half, beat two Chelsea players, brushed aside John Terry like he was not even there, and finished into the far corner.

The goals were enough for the Gunners to win the competition.