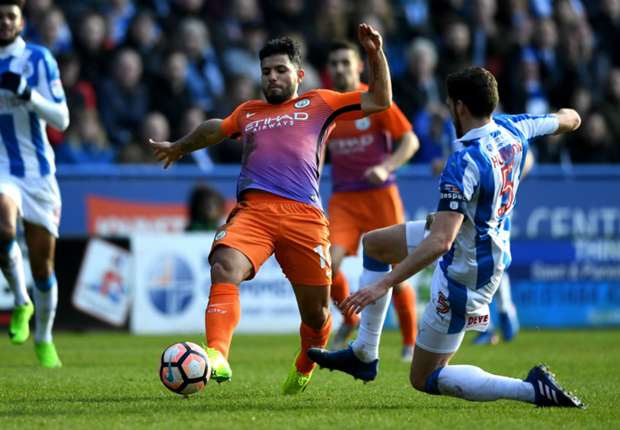 Pep Guardiola’s side did not want a replay, but City will once again start as favourites for this tie. They did not play in the weekend due to the EFL Cup final and the City players will have got enough rest and time to prepare for this game.

City are still alive in other competitions, especially in the Champions League, but FA Cup still offers their best chance of winning a trophy this season.

Guardiola said ahead of the match that he is taking the game as a ‘final’ and he expects a tough fight from the Championship club.

Gael Clichy is likely to return after a back problem. Vincent Kompany has entered the final stage of his rehab, but the game may have come too soon for him.

Huddersfield are Championship promotion hopefuls this season, and they have proved strong enough to force this tie into a replay. They showed great resilience against City and prevented them from scoring.

The Terriers are in great form at the moment, having not lost in their last nine games in all competitions.

David Wagner will be without midfielder, Aaron Mooy, who is ineligible to feature against his parent club. Sean Scannell, Kasey Palmer and Jonathan Hogg are all sidelined.

1 – City have lost just once at home all season.

9 – Huddersfield are unbeaten in nine matches in all competitions