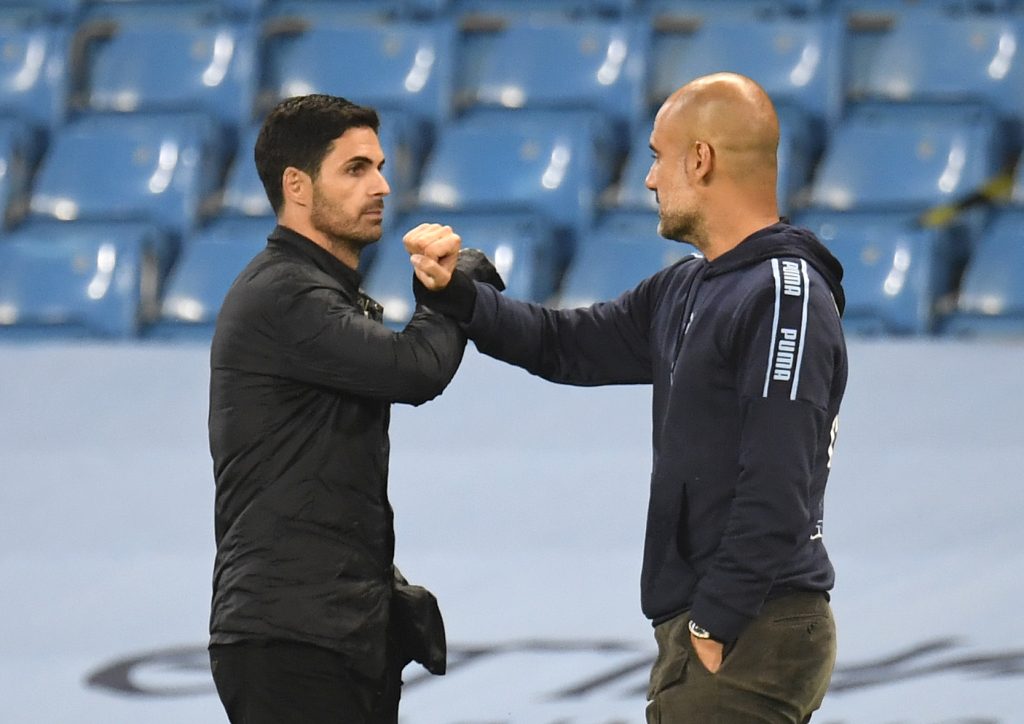 Manchester City host Arsenal in the Premier League this weekend and Pep Guardiola’s side will be looking to get back to winning ways.

The Premier League giants were held to a 1-1 draw against Leeds United last time out and they lost to Leicester City 5-2 before that.

City are expected to fight for the title this season and they must look to improve quickly in order to keep up with the other challengers.

Meanwhile, Mikel Arteta has worked with the Manchester City boss and he knows the squad well. He will fancy his chances of getting a good result here.

Arsenal have shown improvement since the arrival of the Spaniard and they are good enough to pull off an upset here.

The Gunners look well organised at the back right now and they might be able to contain the likes of Torres, Sterling and Mahrez this weekend.

Manchester City have an outstanding record against Arsenal in the recent years and they will be hoping to extend the run with a win on Saturday.

However, Arsenal picked up a 2-0 win over Guardiola’s side in the FA Cup back in July. It will be interesting to see who comes out on top here.

The home side have a number of injury issues to deal with and this will be a tough outing for them. Star midfielder Kevin De Bruyne has been ruled out after picking up an injury during the international break.

The likes of Sergio Aguero and Gabriel Jesus were already injured. Guardiola’s attack will be severely weakened for this game.

PEP 💬 (On Saturday) we will train in the morning and decide if @aguerosergiokun is fit.

He has trained very well the past few days but we can’t forget he was out for three or four months. We will see. pic.twitter.com/hg3WDzOMf6

PEP 💬 Unfortunately @DeBruyneKev is out, but the rest of the players came back well.

I don’t think it is (serious), but the next games I think he will be out. We will see.

Arsenal’s summer signing Thomas Partey could make his Arsenal debut against Manchester City this weekend. The 27-year-old trained with his new teammates earlier this week and he seems ready for action.

Manchester City have scored at least 2 goals in their last 12 home matches in the Premier League.

Manchester City have won their last 4 home matches against Arsenal in all competitions.

Manchester City have scored at least 3 goals in their last 3 home matches against Arsenal in all competitions.