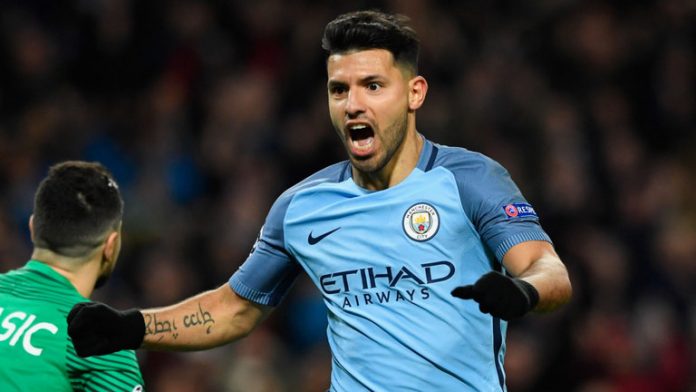 The Premier League rarely fails to disappoint and this weekend’s games certainly lived up to the hype.

Manchester City’s demolition of Huddersfield Town sent an ominous warning to the rest of the league, although Pep Guardiola’s side will undoubtedly face tougher tests as the season progresses.

Read on as we look at the main talking points fron this weekend’s games.

Sergio Aguero’s hat-trick was the highlight of City’s 6-1 drubbing of Huddersfield on Sunday.

The Argentinian has strangely been undervalued at times by manager Pep Guardiola, but he demonstrated just how important he is to City against the Yorkshire side.

His finish for the first goal, created by a superb 70-yard pass from goalkeeper Ederson, was simply sublime and showed just why he is one of the best strikers the Premier League has ever seen.

Tottenham Hotspur boss Mauricio Pochettino was in a chippy mood after his side’s 3-1 victory over Fulham on Saturday.

The Spurs boss gave a five-minute answer when asked about the future of defender Toby Alderweireld – discussing the English origins of the game and comparing football to basketball.

It appears that the Argentinian isn’t quite as happy with Spurs’ lack of activity in the transfer market as he would like everyone to believe.

Pull the other one Hughes

Southampton manager Mark Hughes claimed Everton goalkeeper Jordan Pickford should have been sent off for a challenge on Danny Ings that left the striker with a mark on his back.

Pickford came out to clear his lines midway through the second-half of Everton’s 2-1 win, leaving Ings in a heap on the floor with a ripped shirt.

Yes, the challenge was robust but it certainly wasn’t worthy of a red card. Given that Hughes was hardly an angel during his playing career, his moans smacked of a man looking to divert attention away from his team’s poor start to the season.

Come in David, your time is up

David Luiz. Hands up who saw his name and thought “there’s a man who screams defensive stability?” Anyone?

Chelsea’s failure to bring in defensive reinforcements this summer has given Luiz an unexpected opportunity to resurrect his Chelsea career, but his performance against Arsenal on Saturday will have sent shivers down manager Maurizio Sarri’s spine.

The Blues look improved under Sarri, but it will be a major surprise if he doesn’t strengthen his defence during the January transfer window.

Jose Mourinho made it clear that he was unhappy with Manchester United’s transfer business this summer and it was easy to see why at Brighton on Sunday.

The home side took advantage of United’s defensive weaknesses to record a 3-2 victory and expose the folly of Ed Woodward’s decision not to back the club’s manager.

Frustratingly for United fans their squad is not that far away from where it needs to be, but Woodward’s failure to sign a top class centre-half could cripple their hopes of challenging for silverware this season.