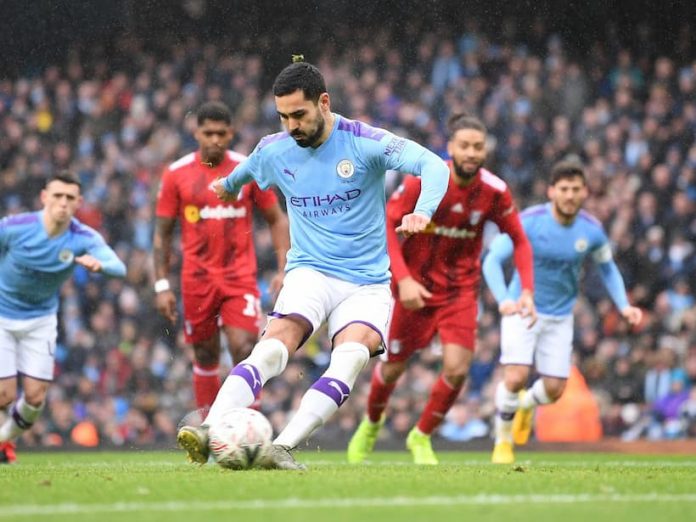 Manchester City have a few injury concerns as they prepare to take on Liverpool in the FA Cup semifinal.

Manchester City have a mountain to climb for sure if they want to continue dreaming of a quadruple. The reigning English champions had a trial by fire in the second leg of the Champions League quarterfinal against Atletico Madrid.

The game was marred by some really questionable tactics and scuffles between players of both sides. It was the type of performance that we normally don’t associate with a side managed by Pep Guardiola. However, it is safe to say that the Spanish tactician is not going to play for a draw at Wembley.

Heading into the game against the Merseyside giants, they Citizens have a lot of injury worries.

You can back our Liverpool vs Manchester City prediction on of these betting sites.

Guardiola has already stated that they will wait before making the final decision on the availability of both Kyle Walker and Kevin De Bruyne. Both men picked up knocks in Spain. And ahead of the game, the former Bayern Munich man confirmed that both men will be assessed.

There is a chance that Zack Steffen starts in goal as he has in the competition so far.

“They (Walker and De Bruyne) didn’t train today. We will see tomorrow. Apparently, it will be so close after what happened on Wednesday but we will see,” Guardiola said.

“Kyle had a big twist. He is getting better. We will see in the next hours, the next days. In football these kinds of things happen. We will adapt, adjust and go from here.

“Kevin had stitches after he had contact – it’s not a muscular injury.”

In case Walker misses out, John Stones might play as a right back or Joao Cancelo might play in that role with Oleksandr Zinchenko or Nathan Ake playing down the left flank. Raheem Sterling might get the nod ahead of De Bruyne.