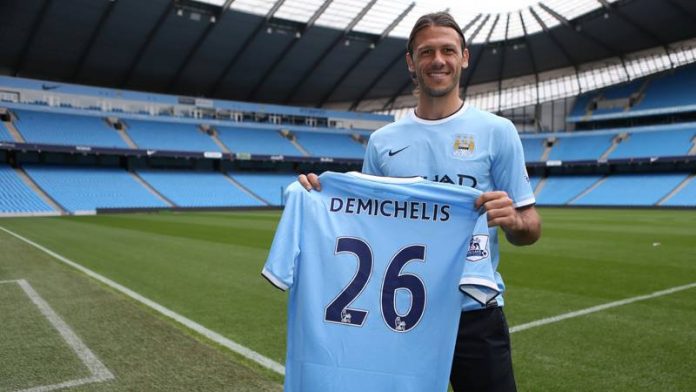 The 32-year old joined the Citizens on a free transfer – signing a two-year deal with the club. He will wear the number 26 shirt.

City manager Manuel Pellegrini has had the centre-back under his spell twice previously – from his time at River Plate and Malaga. With injuries taking their toll on Manchester City, Pellegrini sought out signing defensive cover to give the side strength in depth.

Last season, he made 31 La Liga appearances – scoring four goals. He was named in the 2012/13 La Liga Team of the Year, and was convinced to follow his former manager in England. He said he is looking forward to playing in the Premier League.

‘I am delighted to have joined City because I am still hungry for success and want to improve. This was a great chance for me to play in the Premier League with such a big club. I want to repay the manager’s faith in me out on the pitch. I can’t wait to get started.’ – Martin Demichelis.

While his advancing age would suggest he’s reaching the eve of his football career. Demichelis has been in good form while playing under Pellegrini, and has vast experience to bring to the side.

The Argentine international was a success in Germany for Bayern Munich. During his seven years with the side, he won four Bundesliga titles, four German domestic cups, two German league cups, one domestic super cup, and was a runner-up in the 2010 Champions League final against Inter Milan.

Demichelis has made over 30 appearances for the Argentina national team.

Manager Pellegrini spoke of his excitement to have a familiar face at the club with him, and how he hopes the 32-year old can recapture his form he showed last season.