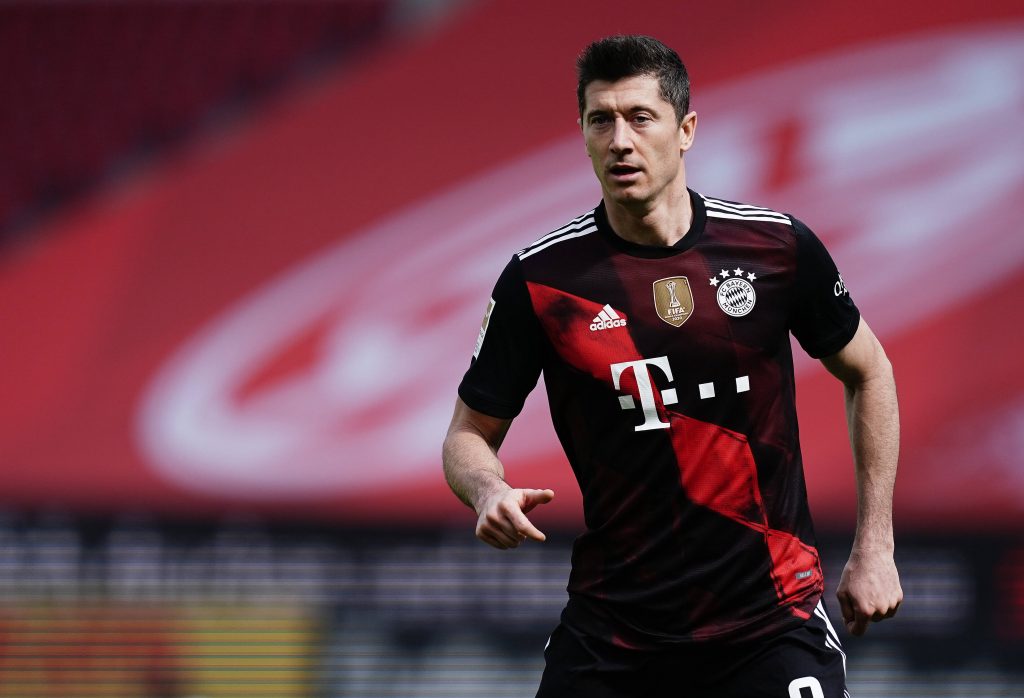 Manchester City and Chelsea could emerge as contenders to sign Robert Lewandowski if he leaves Bayern Munich this summer, ESPN reports.

The Poland international has been with the German champions since the summer of 2014, registering a stunning tally of 289 goals from 326 appearances.

He will be 33 later this year but has shown no signs of slowing down. He is currently aiming to break Gerd Muller’s Bundesliga scoring record for a single season.

Lewandowski has netted 36 goals from just 26 league outings this term, and he is only four shy of Muller’s 40-goal tally set during the 1971/72 campaign.

It is now reported that Lewandowski may be up for one final challenge, and he could be tempted to head to the Premier League this summer.

City and Chelsea could compete for his signature as they aim to strengthen their centre-forward departments for next season.

Bayern’s resolve could be tested with a bid of around €60 million for the striker.

City are likely to pursue an elite striker this summer, with Sergio Aguero confirmed to leave the club when his contract expires in June.

They have been linked with high-profile moves of Borussia Dortmund’s Erling Braut Haaland and Tottenham Hotspur’s Harry Kane in recent weeks.

However, the prospect of landing Lewandowski could be hard to turn down even though he has entered the back end of his career.

Lewandowski has only improved with age, and last season was his finest with a staggering 55 goals from just 47 appearances in all competitions.

He has equally been impressive for the Bavarian giants this term, with 43 goals from 37 games despite missing most of April with a knee injury.

He has also contributed eight assists. The striker has netted a goal every 72.5 minutes for Bayern, who are on the cusp of a ninth straight league title.

Lewandowski’s strong aerial presence and finishing qualities make him ideal for the Premier League. It remains to be seen whether City will move for him.

After parting ways with the experienced Aguero, their focus may lie on pursuing a younger replacement, which could benefit the Blues.

Under Thomas Tuchel, the Blues have been excellent in recent months, but it can’t be ignored that their finishing in front of goal has been poor.

They have been linked with a move for Aguero to add goals and experience to their ranks, but it won’t come as a surprise if they are in the race for Lewandowski.

Tuchel likes to play with a 4-2-2-2 set-up, and Lewandowski could prove the perfect foil for Timo Werner, who has struggled to lead the line on his own.