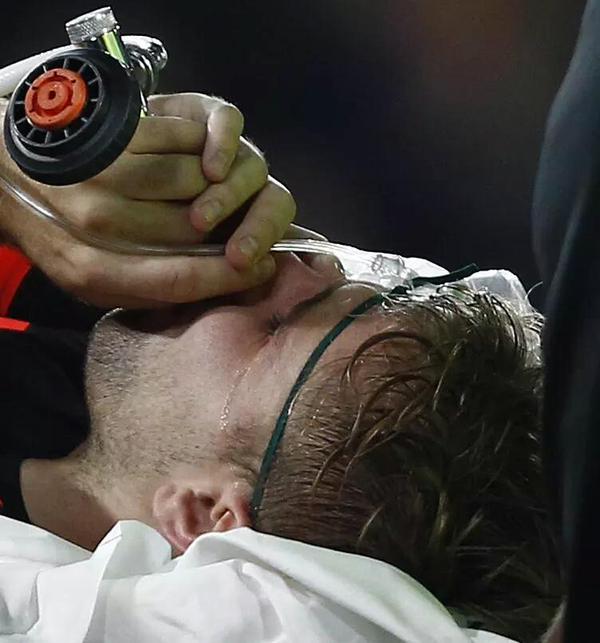 Manchester United have updated the injury situation of left-back Luke Shaw, who suffered a broken leg in last night’s defeat at PSV Eindhoven in the Champions League.

The Red Devils have issued a statement on their official website which reads: “Luke Shaw underwent surgery on his injury on Tuesday night and will remain in hospital in Eindhoven to continue his early recovery.

“Manchester United are grateful for the excellent care he is receiving and would like to thank everyone who has sent messages of support.

“A further update will be provided in due course.”

Shaw was on the end of a tackle by PSV’s Hector Moreno in the 15th minute of last night’s Champions League group stage game which United lost 2-1, and left the ground on a stretcher with the support of an oxygen mask.

It was expected Shaw will be out for a considerable period of time following the injury, and after undergoing surgery in Eindhoven last night, he is on his way to recovery although the club issued no time period for his return into the side.

It is believed Shaw will be out for the season even, a shame after his brilliant start to the 2015/16 campaign, and will likely be a long shot to make the England squad for next summer’s Euro 2016 in France.