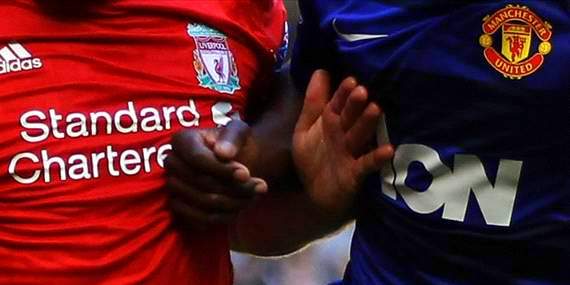 Manchester United and Liverpool supporters have joined forces in a call for a cap on away ticket prices.

The recent news that Manchester City had to send back a third of their away allocation for the Premier League match this weekend, has led to rival supporters groups planning meetings over the issue of away ticket prices.

It is thought that supporters groups from Manchester United and Liverpool will spearhead the campaign with the suggestion that away tickets should be capped at between £20 and £25 per adult.

The FSF and Supporters Direct groups are arranging meetings between various supporters groups to debate the issue and decide on the best way forward. FSF president Malcolm Clarke said:

“Though we have our club rivalries, what we recognise is that without the rival sets of supporters inside a ground the atmosphere is much poorer.”

The threat and worry of Premier League matches without away fans has prompted the suggestion of a possible cap. Away supporters go a long way to create most of the banter and noise in a stadium, especially when they visit a local rival.

The move is designed to ensure fairness across all Premier League clubs as followers of the biggest teams in the division are often charged higher prices when they visit rivals e.g. Stoke City fans are only asked to pay £32 per ticket when visiting Arsenal.

The proposals have a very realistic chance of success as the amount of revenue generated by TV broadcasting deals is set to increase from next season, meaning that clubs could cope with charging lower prices for away tickets.

Spokesmen for United and Liverpool supporters groups have also said the meetings and proposals are integral to the maintenance of the rivalry between the clubs, as local supporters may be forced away from watching live football because of costs.