Ibrahimovic to miss pre-season; Luke Shaw set to return after 10 months out 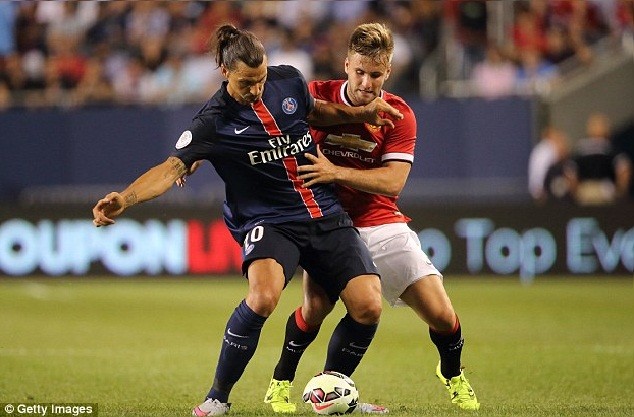 Swedish striker Zlatan Ibrahimovic is expected to be left behind for Manchester United’s pre-season by manager Jose Mourinho.

The Red Devils fly to China on Tuesday but Mourinho wants the Swedish striker to make his club debut against Galatasaray on 30 July or Everton on 3 August, meaning Ibrahimovic will miss at least the first two pre-season games against Borussia Dortmund and local rivals Manchester City.

Under Fifa rules all players must have a minimum three-week rest after a tournament and the former Paris Saint-Germain talisman remains available to take part in pre-season action since Sweden were eliminated from the Euro 16 on 22 July.

But Mourinho wants to give Ibrahimovic extra rest to prepare for the new Premier League season, who turns 35 in October.

The Premier League giants play Galatasaray in Gothenburg at the end of July, and it is expected that the Portuguese coach may hand Ibrahimovic his first Man Utd start in his home country.

Meanwhile, the other two Man Utd signings Eric Bailly and Henrikh Mkhitaryan will travel to China for pre-season football after training for the first time with their new team-mates at Carrington on Wednesday.

Elsewhere, Red Devils’ left back Luke Shaw is all set to return to action in friendly against Wigan on Saturday after spending 10 months on the sidelines.

The dreadful injury kept Shaw out for the rest of last season and the European competition but he appears poised to start later this week.

Training done for the day ✅ Building up to pre season now 😀 pic.twitter.com/SNHC5MsaS7

The English full back, who joined the Old Trafford outfit for a reported fee of £30 million two years ago, returned to light training in May and is now hoping to secure first-team birth under new boss Mourinho.

Man Utd host Everton at Old Trafford on 3 August in Wayne Rooney’s testimonial match before kicking off the new campaign against Premier League champions Liecester City for the Community Shield title on 7 August.