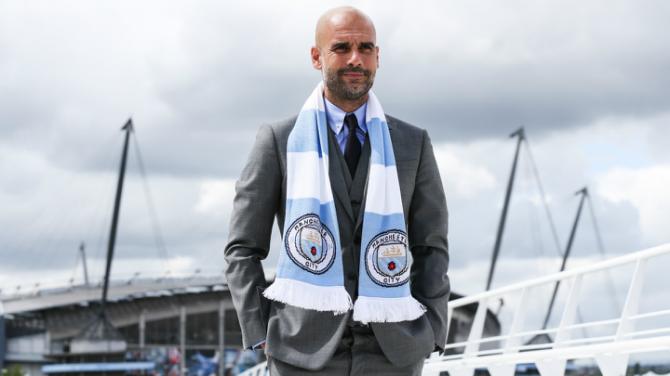 Pep Guardiola’s Man City take on Romanian champions Steaua Bucharest in the second leg of their Champions League qualifying play-off on Wednesday evening, taking a surely insurmountable 5-0 lead over from the first leg, with passage into the 2016/17 Champions League proper already all but assured.

A hat-trick from striker Sergio Aguero, who also missed two early penalties, as well as strikes from Nolito and David Silva were just reward for City after a riveting display of attacking intent. Steaua just couldn’t cope with the fluidity and ruthlessness of the City front line and now find themselves with a proverbial mountain to climb at the Etihad.

City, who were semi-finalists in last season’s Champions League, have started superbly under new boss Guardiola, who has looked to implement his unique style of football on his new side immediately. The likes of Raheem Sterling and the aforementioned Aguero have so far flourished, with City winning their opening two Premier League matches to climb to the top of the table with rivals United, Antonio Conte’s Chelsea and Hull City.

Joe Hart starts in goal for City in what looks to be his last appearance for the club. With Barcelona keeper Claudio Bravo on the verge of joining the club, Hart is said to be ready to go out on loan to remain a first choice keeper.

With City holding such a healthy lead, Guardiola has rung the changes, with Nicolas Otamendi and the injured Bacary Sagna making way. Academy graduate Pablo Maffeo makes his Champions League debut, with John Stones starting alongside Aleksandar Kolarov in the heart of defence with Gael Clichy keeping the left back spot. 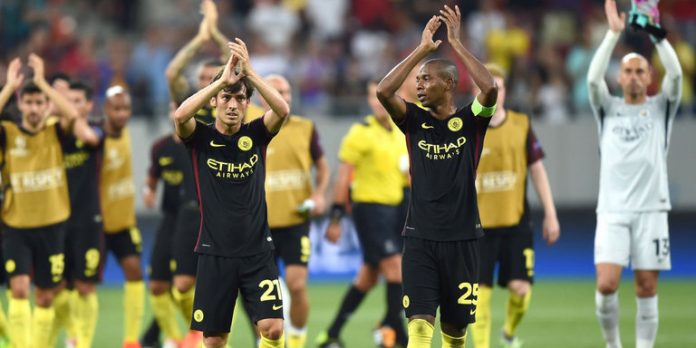 Fabian Delph and Yaya Toure start for the first time this season, as does Fernando, with Fernandinho given a rest. Jesus Navas, Nolito and Iheanacho make up the attacking line.

Vincent Kompany as well as new signings Ilkay Gundogan and Leroy Sane are back in training but not yet match fit.

Man City’s 5-0 advantage is the biggest first-leg lead recorded since the introduction of the Champions League playoff round in 2009-10.

Steaua have played in England nine times in their history, losing seven and drawing two.

The last player to miss two penalties in a Champions League qualifier before Aguero in the first leg was Ivica Vrdoljak for Legia Warsaw v Celtic in July 2014. 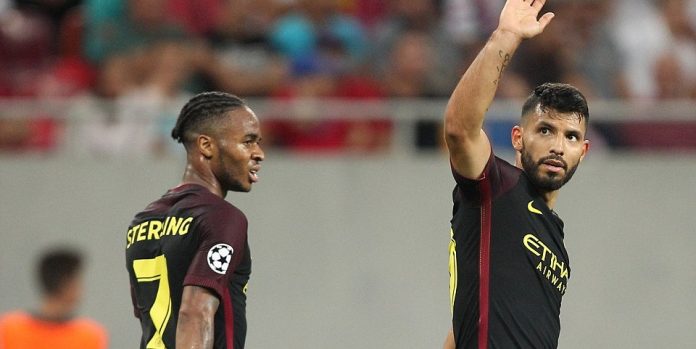