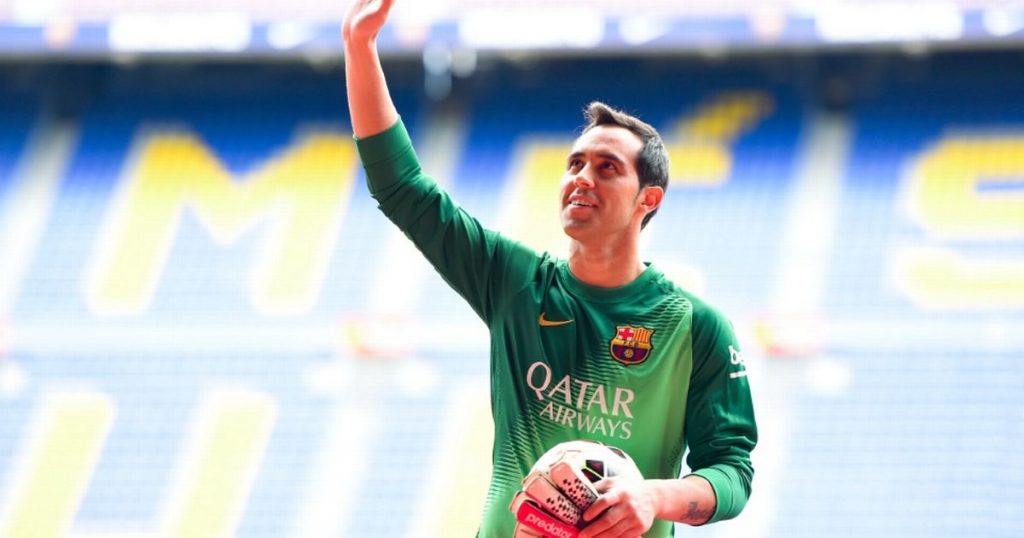 Barcelona have announced that an agreement has been reached with Manchester City for the transfer of Chilean goalkeeper Claudio Bravo.

Following weeks of speculation, Bravo is now expected to sign a four-year contract with Man City, who will reportedly pay £17 million to acquire the Chilean stopper’s services.

Man City boss Pep Guardiola, who dropped club’s long-serving first choice goalkeeper Joe Hart for the season’s first three competitive matches, sees Bravo as his No. 1 stopper at the Etihad stadium and revealed that the England International will be allowed to leave, if he requests a transfer this summer.

And following Barcelona’s 5-2 opening-day win against Real Betis on Saturday, the club’s technical secretary Robert Fernandez disclosed that Bravo will join Man City, once the Catalan club find a replacement for the 33-year-old.

FC Barcelona technical secretary Robert Fernández: "We have the beginning of an agreement with Manchester City for Claudio Bravo" #FCBlive

Robert Fernandez said: “We have the beginning of an agreement with Manchester City for Claudio Bravo.

“They (Manchester City) made an offer and after some consideration, we came to the conclusion that we should accept it. We are awaiting events this week. When Claudio leaves, we hope to have a new keeper.”

Robert F. on Bravo and his replacement: "We are awaiting events this week. When Claudio leaves, we hope to have a new keeper"

Ajax goalkeeper Jasper Cillessen is hugely expected to sign for Barcelona to fill in for Bravo’s proposed departure to England. The Netherlands No. 1 stopper will sign a five-year contract with the Spanish champions in a reported €14 million transfer deal.

Meanwhile, English stopper Joe Hart is now expected to leave Man City, if and when an opportunity arrives for him to join another Premier League side before 31 August with Everton thought to be interested.

Sources claimed last week that Hart is open to move abroad but BBC Sport insist that the 28-year-old does not want to move to Sevilla or Borussia Dortmund, with whom he has also been linked in recent times.