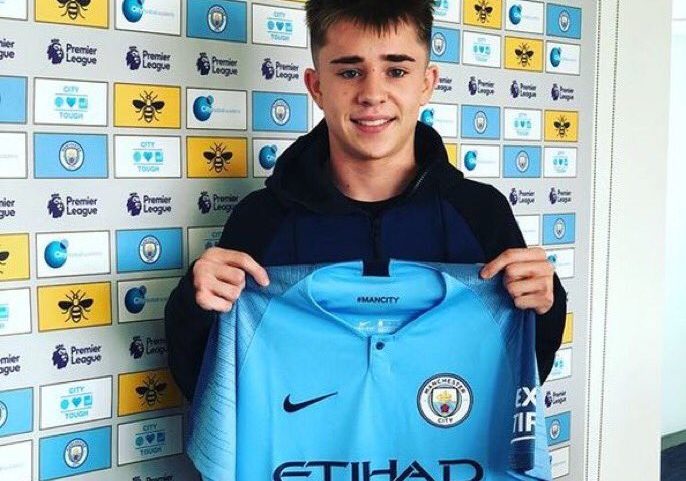 Manchester City have signed highly-rated midfielder Ben Knight from Ipswich Town. The 16-year-old confirmed the news on Instagram and reportedly set the Sky Blues back £700k. Knight will initially sign a scholarship with City before it turns into a professional deal on his 17th birthday. The teenager will join City’s u18s who last season finished second in the u18 Premier League.

Tottenham Hotspur, Manchester United, Borussia Dortmund and AS Monaco were linked with Knight’s signature, but City could be a good fit for the midfielder due to their playing style. Ipswich have an attractive and attacking football philosophy at youth level, similar to Pep Guardiola’s at the Etihad, so Knight should fare well in the North-West.

He’ll have some talented players to learn from too, with David Silva, Kevin de Bruyne and Ilkay Gundogan being playmakers who are cultured and creative. It may be many years until supporters see Knight in the senior squad, but those who have trained him say he has the potential to go all the way. The diminutive midfielder has been compared to Barcelona’s Lionel Messi.

When Knight eventually picks up his first professional contract, he may well stay at City rather than be loaned out to a Football League side, as the Sky Blues have favoured the development of such young players by having them in the first-team environment.