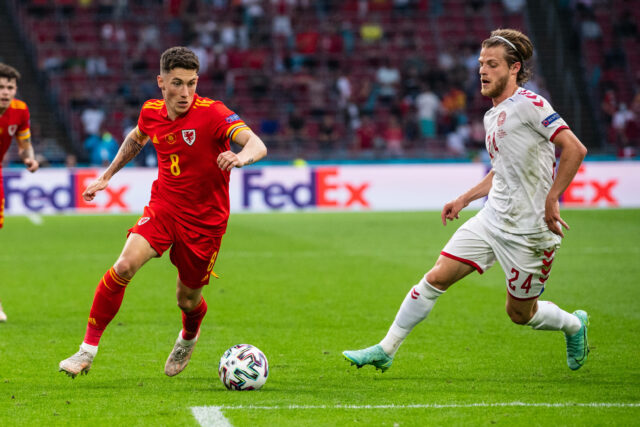 Liverpool midfielder Harry Wilson is likely to leave the club on loan or permanently this summer.

According to reports from The Sun, the 24-year-old is attracting interest from Swansea City.

Swansea manager Steve Cooper wants to sign the Wales international on loan after his impressive stint in the Championship last season.

Wilson bagged seven goals and 12 assists in 37 matches for Cardiff City and looks set for another spell away from Anfield.

Wilson has spent ten years at Liverpool, but he has made just two senior appearances for the club.

He is at the phase of his career where he needs to settle down at a club. However, Liverpool are reluctant to let him go permanently, and another loan move is on the cards.

Cooper previously worked with Wilson at the Liverpool academy. He wanted to sign him on loan last summer, but Swansea lost out to Cardiff.

According to The Atheltic, Brentford and West Bromwich Albion have also registered their interest in Wilson.

Benfica have also made an official offer for the Welshman, but discussions between the two clubs have stalled due to the difference in valuation.

Liverpool expect to re-enter into negotiations with the Portuguese club at some point.