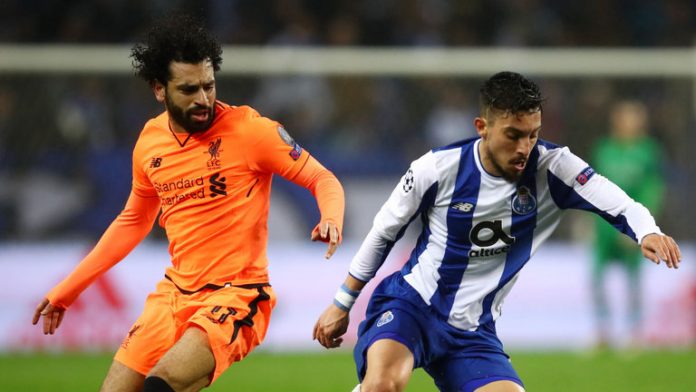 Liverpool look well-placed to reach the Champions League quarter-finals when they host Porto on Tuesday.

The Reds started the knockout stages with a bang as they beat the Portuguese side 5-0 in the first leg of their last-16 tie.

Sadio Mane (3), Mohamed Salah and Roberto Firmino got the goals to virtually seal Liverpool’s passage into the last eight of the tournament for the first time since 2009.

Jurgen Klopp’s side are unbeaten in their last six games in all competitions, while Porto have bounced back from their mauling by the Reds to win four matches on the bounce.

Liverpool have won three and drawn two of their previous five meetings with Porto and look a good bet to extend that run at Anfield.