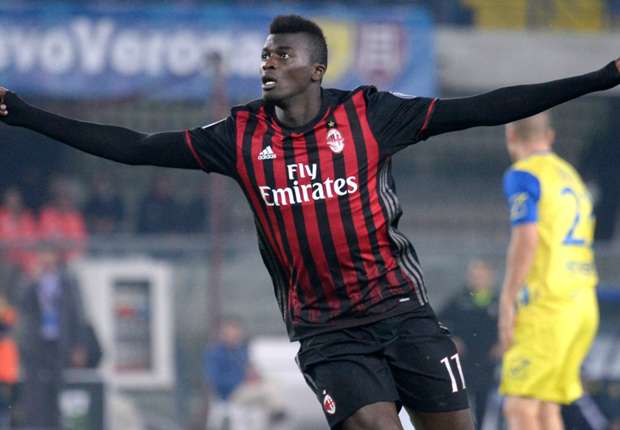 Liverpool are facing a strong competition from several Premier League clubs to sign AC Milan forward, M’Baye Niang, in the January transfer window. Milan wanted to send Niang to Genoa, but the Frenchman is pushing for a permanent move to the Premier League instead.

Niang has scored three goals in 18 Serie A appearances, but manager Vincenzo Montella is not satisfied with his overall contribution. Several Italian media reported yesterday that Niang has held personal talks with representatives from West Ham United and Liverpool.

Crystal Palace and Everton are also reportedly interested in him, but Milan’s £15m asking price could prove to be a stumbling block for them.

According to latest report from Sky Sports (live transfer blog), Milan are a step closer to reaching an agreement with Watford for Niang, but they are still waiting for an agreement from the player.

Watford are leading the race at the moment, although the Hornets are not likely to pay the full money now. Milan have asked for €1m for the loan and €16m to buy him permanently next season.

In the other news, Liverpool are one of the several European clubs who are ‘keen’ to sign Nigerian forward, Henry Onyekuru.

According to reports from Own Goal Nigeria, a host of European clubs including Fenerbache, Celtic, CSKA Moscow, RB Leipzig and Hoffeinheim are also monitoring the striker’s situation.

A source told Own Goal Nigeria:

His agent told me about Liverpool’s interest yesterday when I tried to re-ignite Fenerbahce’s interest in his services. I don’t how long Eupen can hold on to him, he is a very good player.

He (Onyekuru) will most likely leave Eupen before the end of this transfer window despite their hard stance. They could be forced to cash in on him.

The 19-year-old has scored 10 goals for Belgian club Eupen this season. He has previously expressed his desire to play for Arsenal as well.