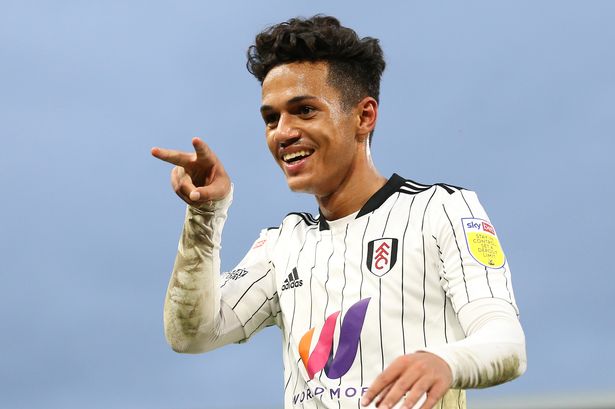 Liverpool are reportedly working on a deal to sign the Fulham attacking midfielder Fabio Carvalho before Monday’s transfer deadline.

The 19-year-old has been in exceptional form for the Championship outfit and the Reds are looking to sign him this month and loan him back to the London club for the remainder of the season.
According to a report from the Athletic, Liverpool have already submitted a bid for the highly-rated midfielder and the two clubs are currently locked in talks regarding a transfer.

Liverpool’s £5m offer for Fabio Carvalho allows him to stay at Fulham for the rest of the season.

Apparently, the London club wants to hold on to the player for the remainder of the season it remains to be seen whether the two clubs can agree on a suitable scenario.

Fulham are pushing for promotion to the Premier League they will not want to weaken their squad midway through the season.
Keeping Carvalho on loan for the remainder of the season suits all parties and an agreement could be sorted out soon.

Liverpool are in concrete talks with Fulham for Fabio Carvalho. Not agreed yet – structure of potential deal to be discussed in the coming hours. First called by @VinnOConnor. 🔴🇵🇹 #LFC

Fabio Carvalho’s attracted by this chance – Liverpool consider him ‘top one for the future’. pic.twitter.com/qOlNxR4p2J

The 19-year-old will be tempted to make a move to Liverpool and personal terms should not be a problem for the two parties.
Liverpool could definitely use more creativity and goals in their midfield and signing the youngster would be a wise move.
The 19-year-old is rated very highly in England and he has the potential to develop into a top-class player period
Check out the best football betting sites
Liverpool manager Jurgen Klopp has worked wonders with young talents at his disposal and he could help the 19-year-old achieve his tremendous potential.
The midfielder will have seen Harvey Elliott’s development since joining Liverpool from Fulham and the 19-year-old will want to follow in his former teammate’s footsteps.