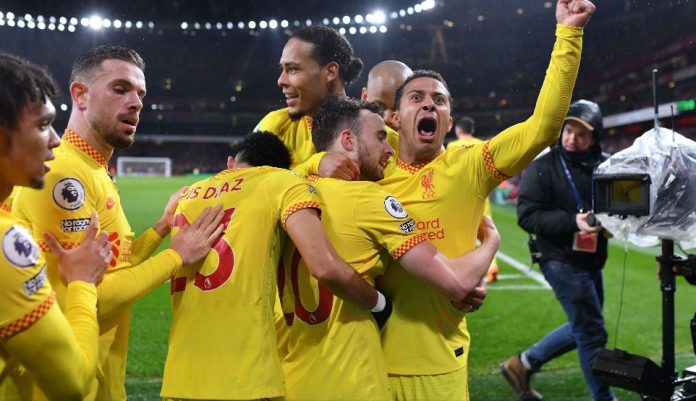 Liverpool and Manchester City lock horns in the FA Cup this time around with both sides aiming to make history.

Following their Champions League excursions in midweek, Jurgen Klopp and Pep Guardiola will be looking to outwit one another in the FA Cup semifinal tomorrow night. Both teams have played far too many games in the last ten days so we expect some big changes for both sides.

The Reds are chasing an unprecedented treble and this showed in their squad selection for the game against Benfica which was a 3-3 draw. Rotation is the key word here but the German tactician is likely to put out a strong side against the reigning English champions.

You can back our Liverpool vs Manchester City prediction on one of these betting sites.

Virgil van Dijk, Andy Robertson and Trent Alexander-Arnold are likely to be recalled after sitting out the Champions League game. Fabinho and Thiago Alcantara started that game from the bench but could be set to start.

The same goes for Mohamed Salah and Sadio Mane. Jota is likely to return to the starting XI with Firmino relegating to the bench.